Hi Elaine and Ernesto!
I must admit, I had a little trouble in the beginning trying to say Ernesto's last name properly.
He was a good sport and stayed with it until I got it right!

Like this folks: ooo-na-new-eh! Not bad, huh Ernesto! Pretty cool name.
Ernesto is an Argentinean, and is retired from Diebold, the huge safe/security company. Ernesto was in charge of the Latin American region.

This job started off just being the cement part of the driveway which also had 200 foot graveled in circular drive attached to it.
When we got out there to start the job, I kept looking at it and thinking how great it would look to paver the graveled in drive, and make it all look like it was built like that from day one.

This a beautiful house on a canal, with a detached guest house.
The guest house sits along side the gravel drive which was another reason to tie it all together.

So I explain my plan, but Ernesto is pretty good with the money as you might suspect. I mean, he basically kept everyone's money safe for years,.... including his own!

I just love it when that happens!

By about now, Ernesto knows how this is going to wind up. He may be Argentinean, but married an American Woman, so we all know who's going to win this one, RIGHT GUYS!
He did make some SAD SOUNDING NOISES knowing he was going to crack open the safe again!

He got over it pretty quick though when he saw it starting to come together. He knew it was the right thing to do!
Let me start with some pictures! It was bit foggy when we started by the way, so the first few pictures are kind of fuzzy. 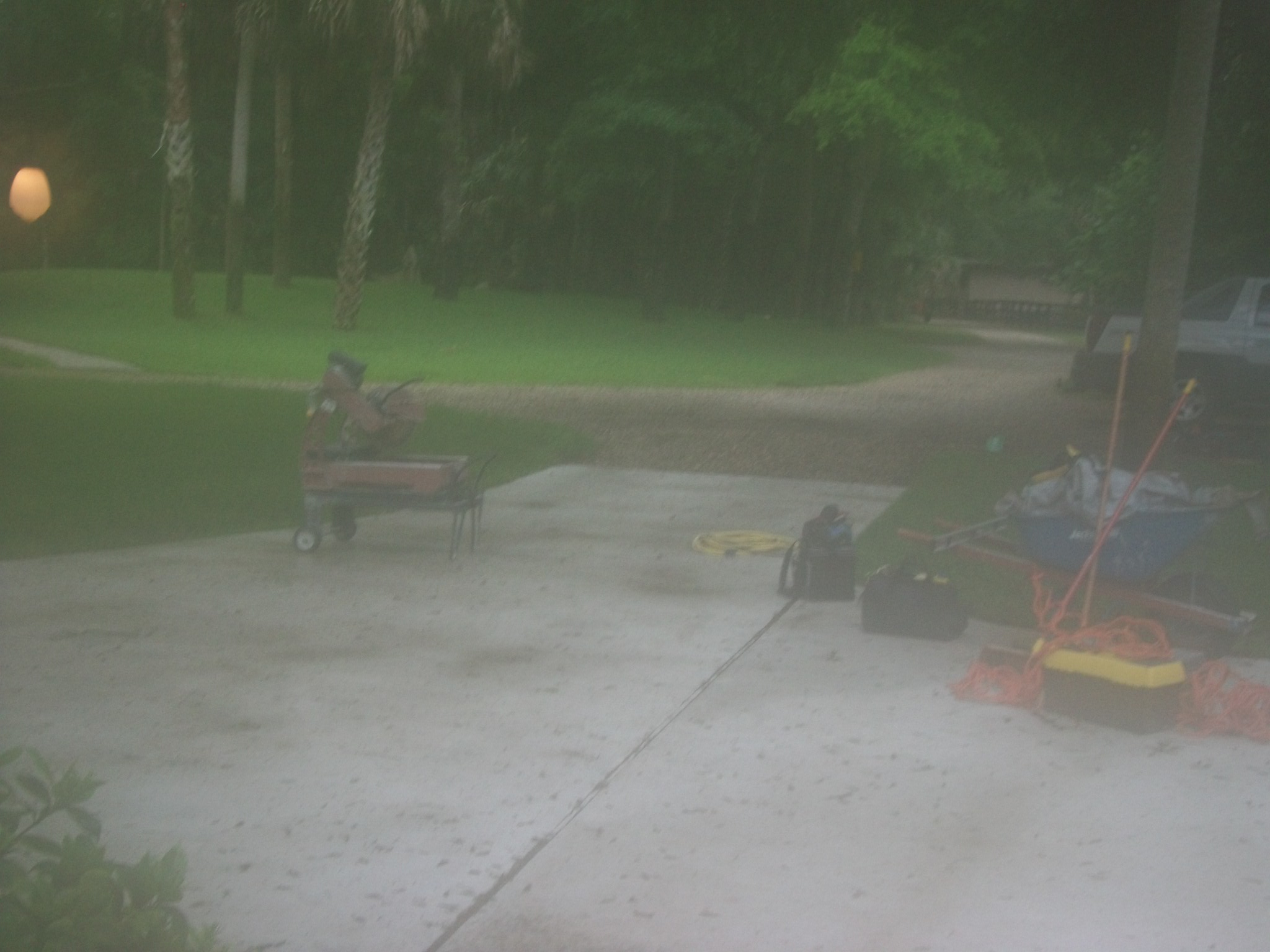 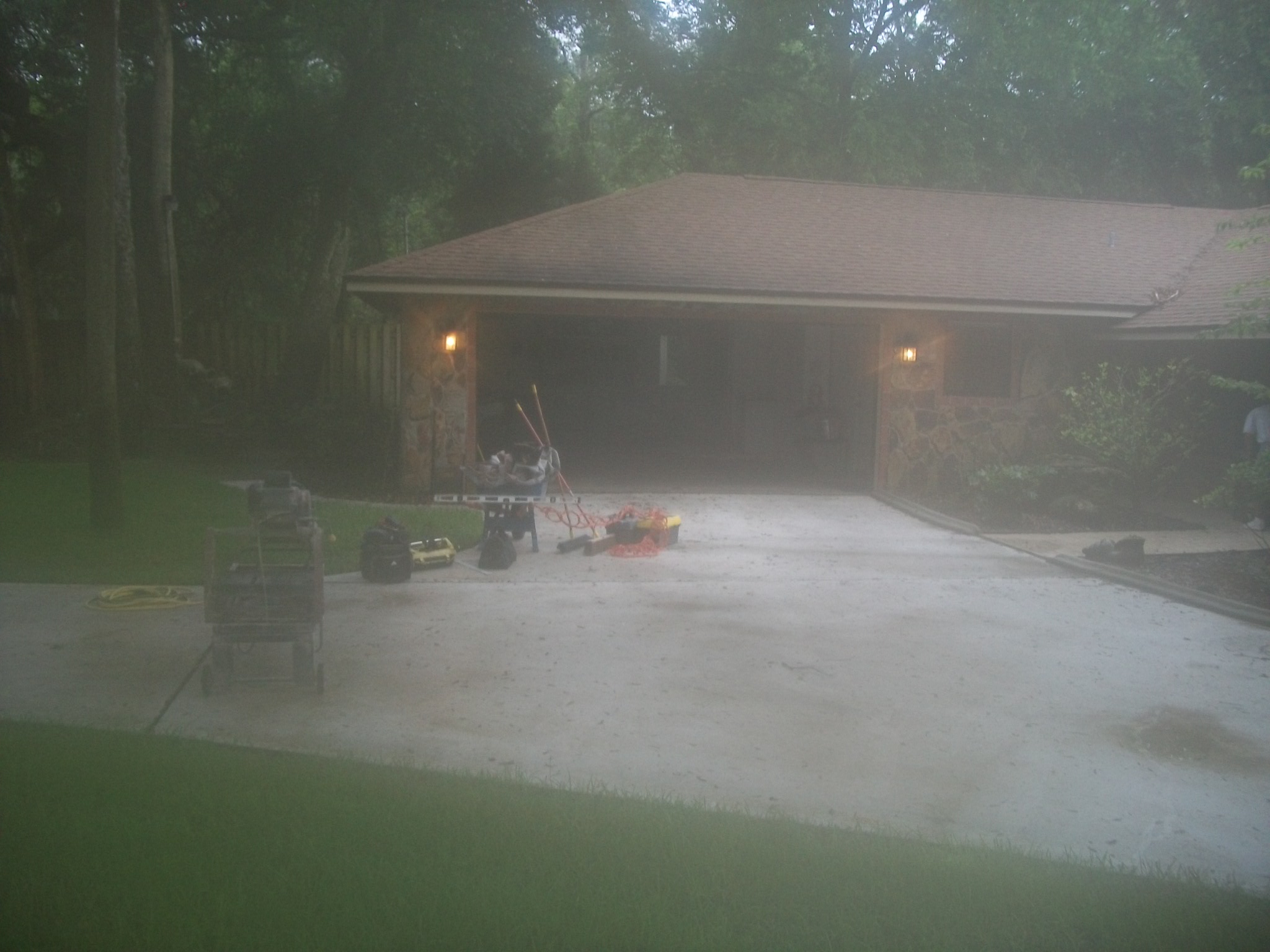 I forgot to mention, Ernesto and Elaine are neighbors with Steve and Jade. Below is one of LaFlair's Peacocks! They fly over everyday for a visit! 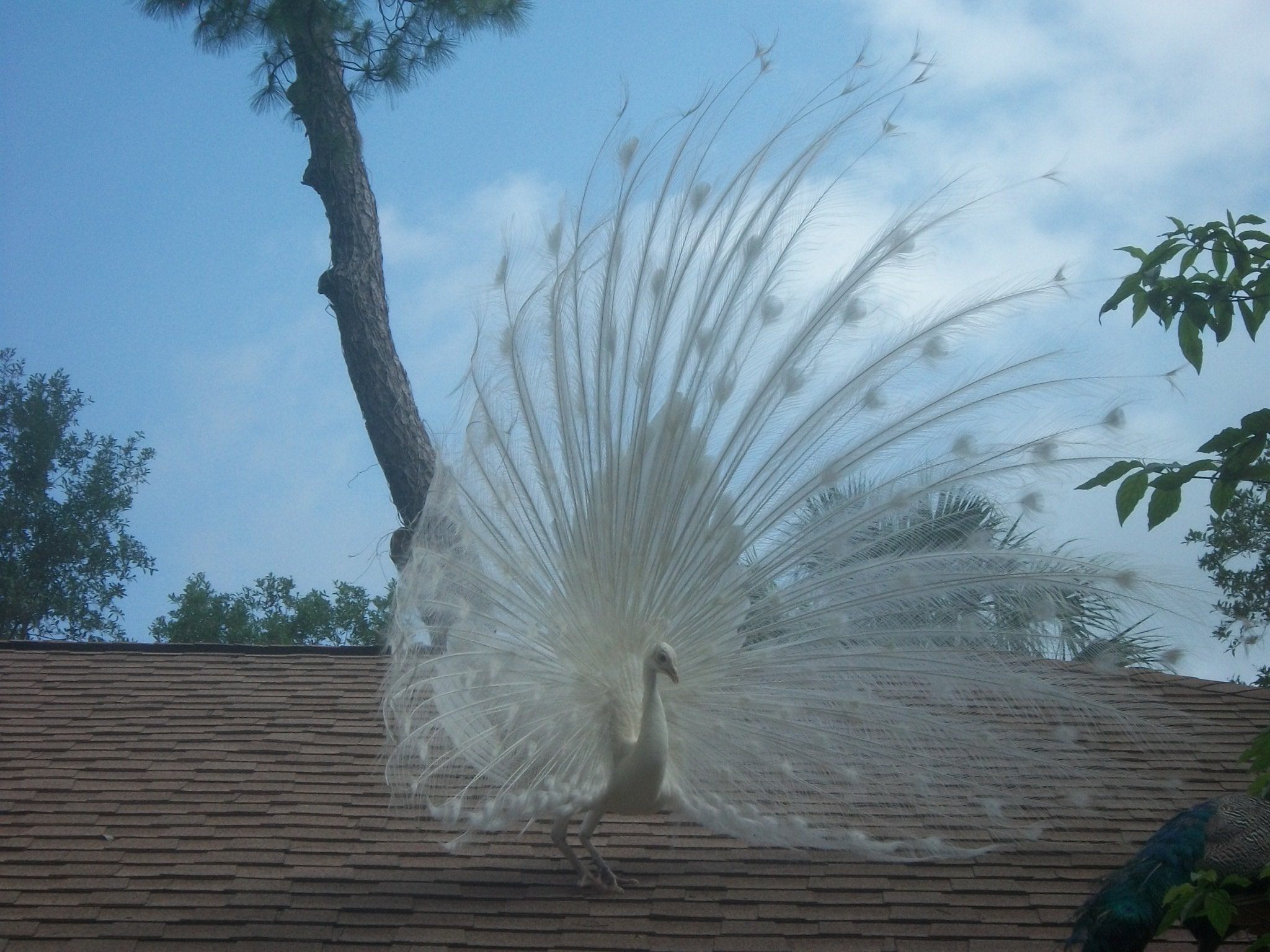 This is the circular gravel driveway I was telling you about. 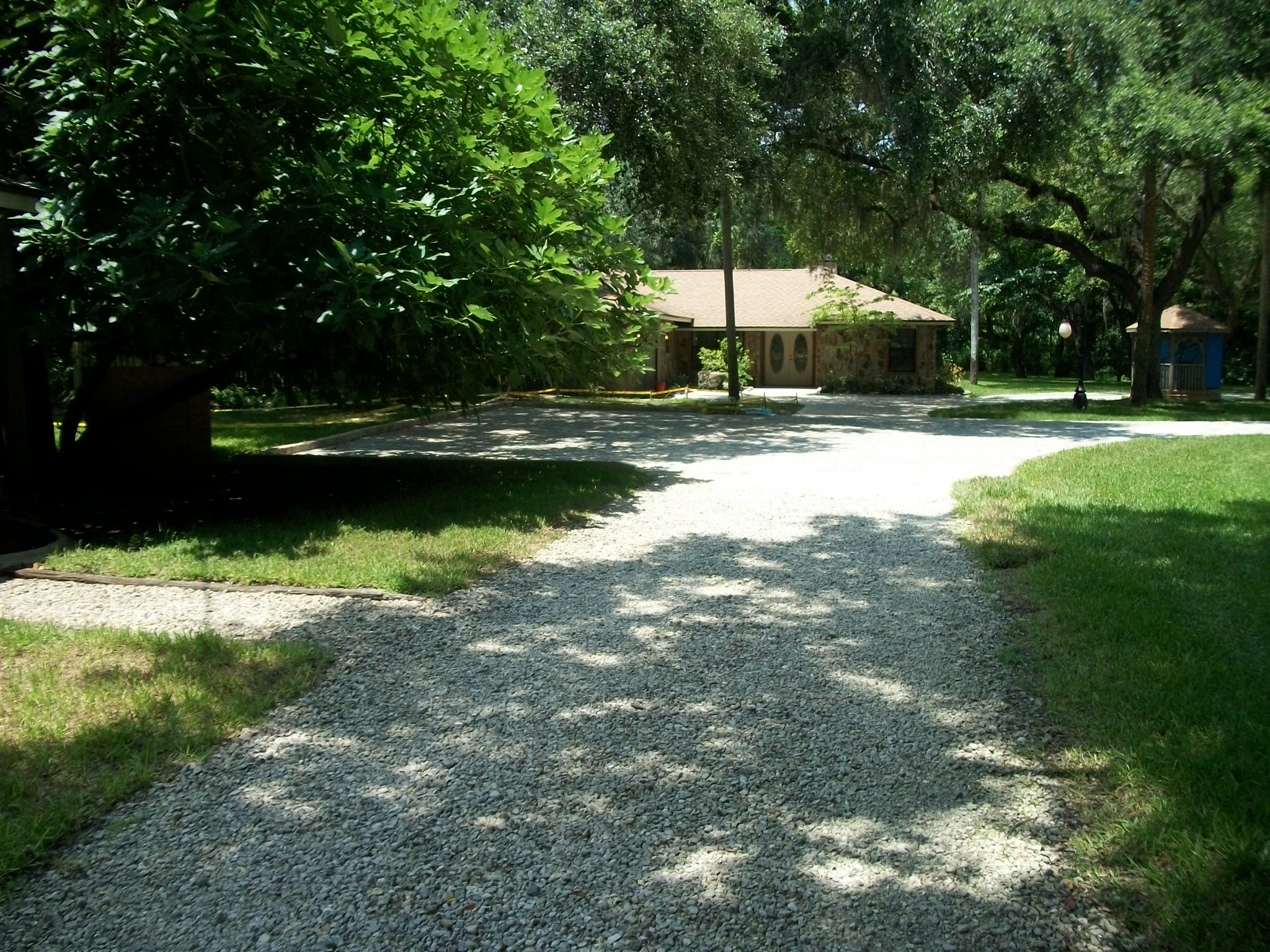 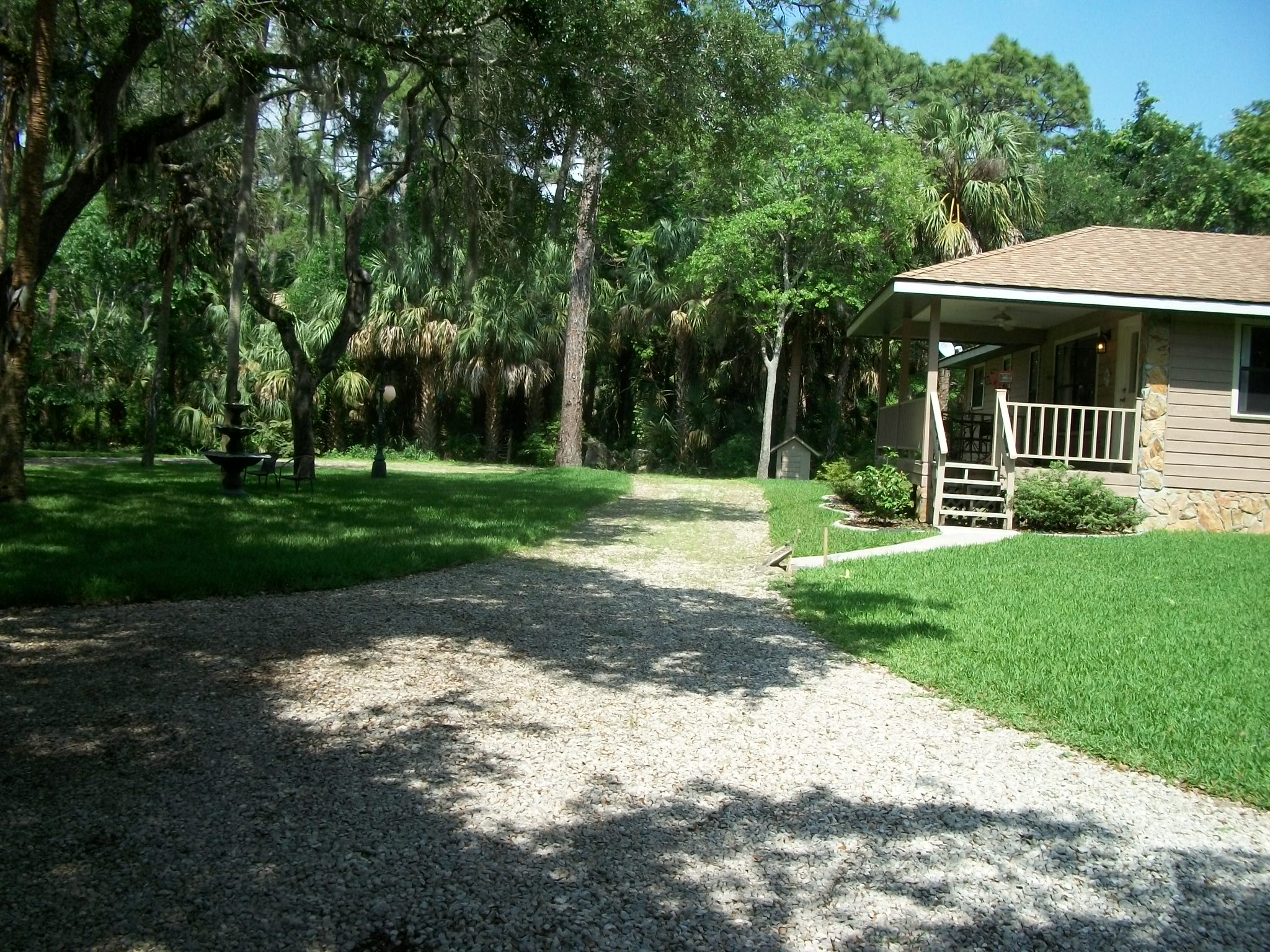 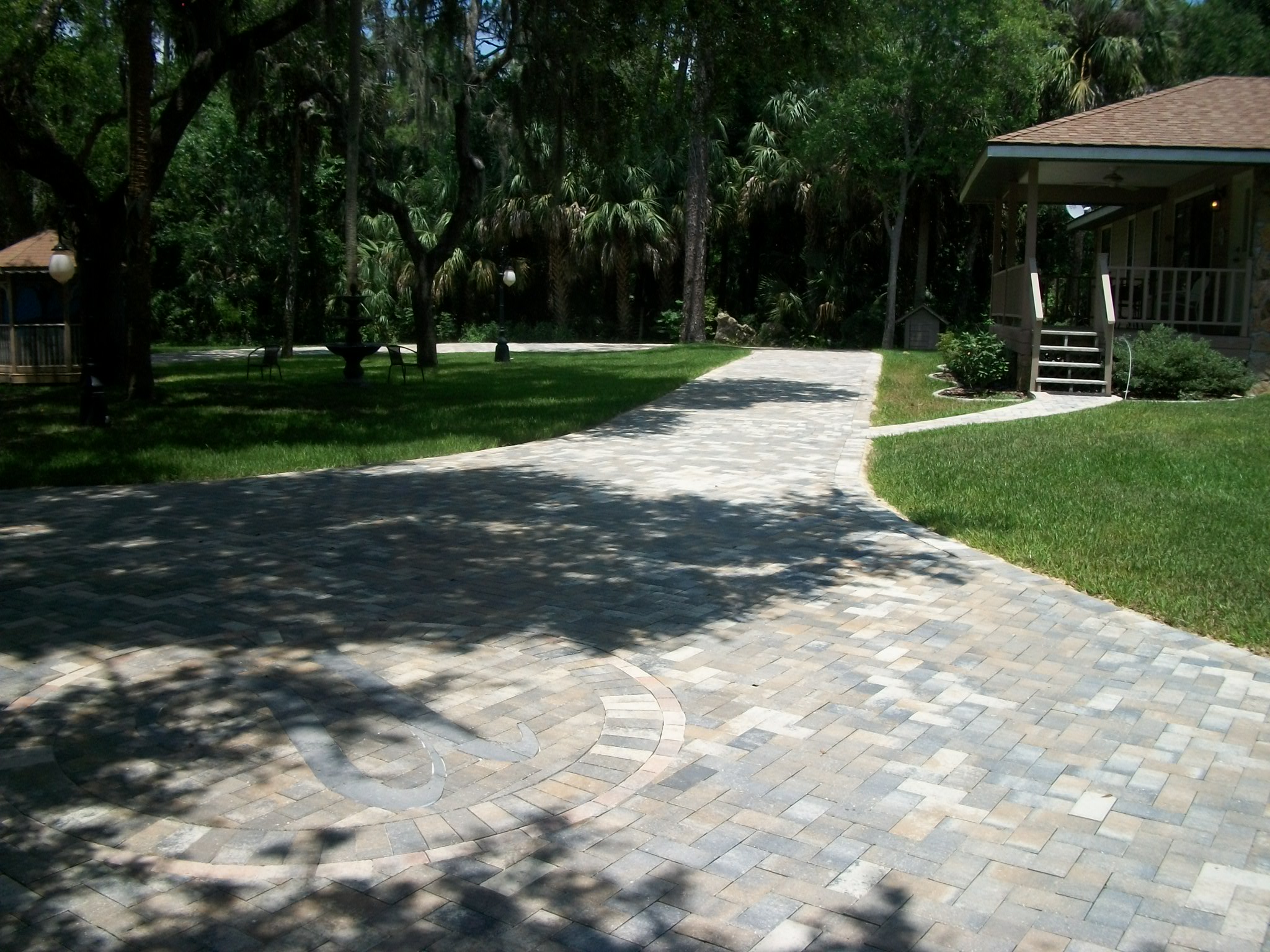 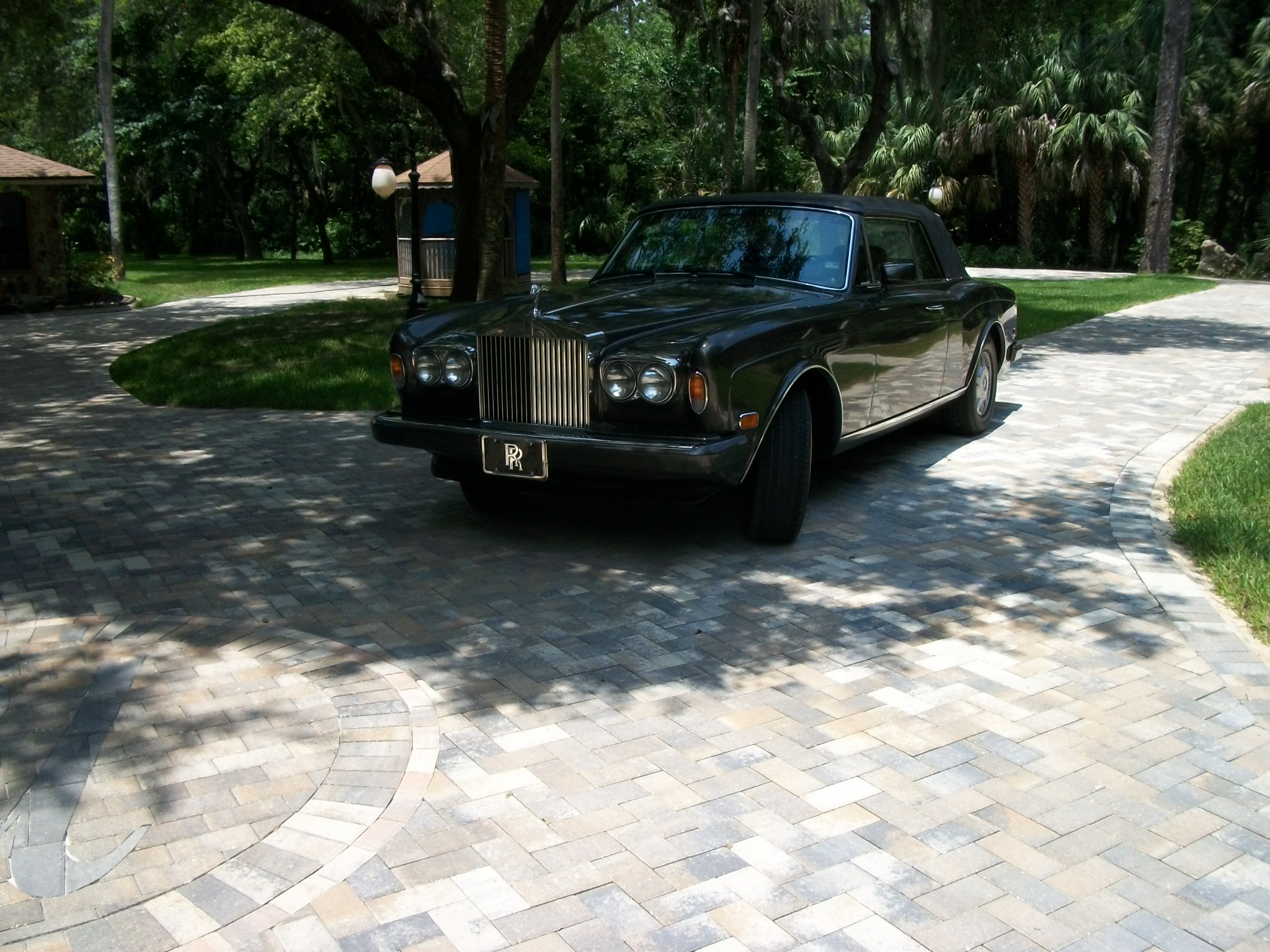 That gazebo in the picture below is Parrot cage! I'll get some pictures of him for you guys. 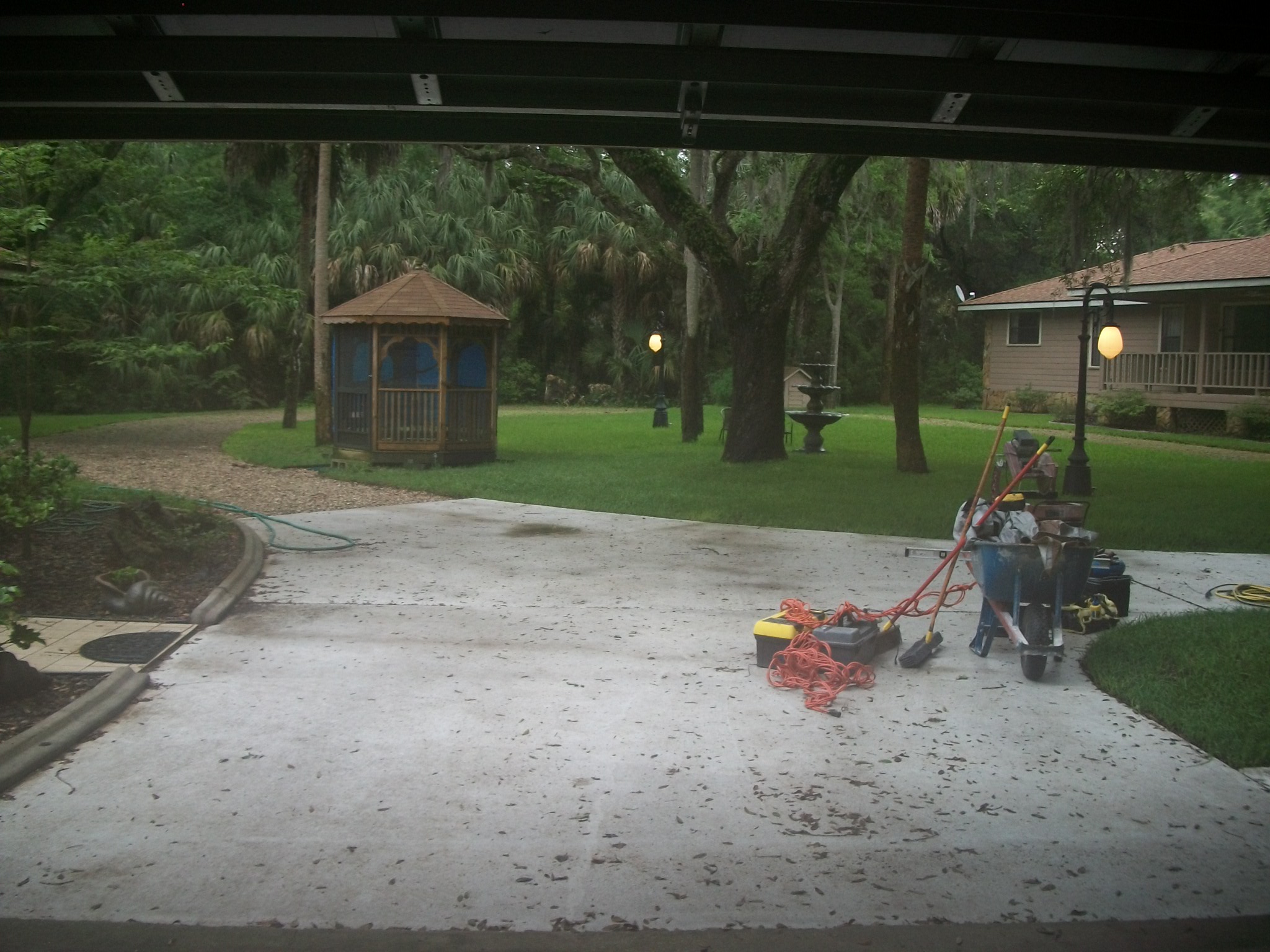 OK, as promised, here is a picture of "Cuckoo" the Parrott, not to be confused in name with RUSSELL or JOHN! 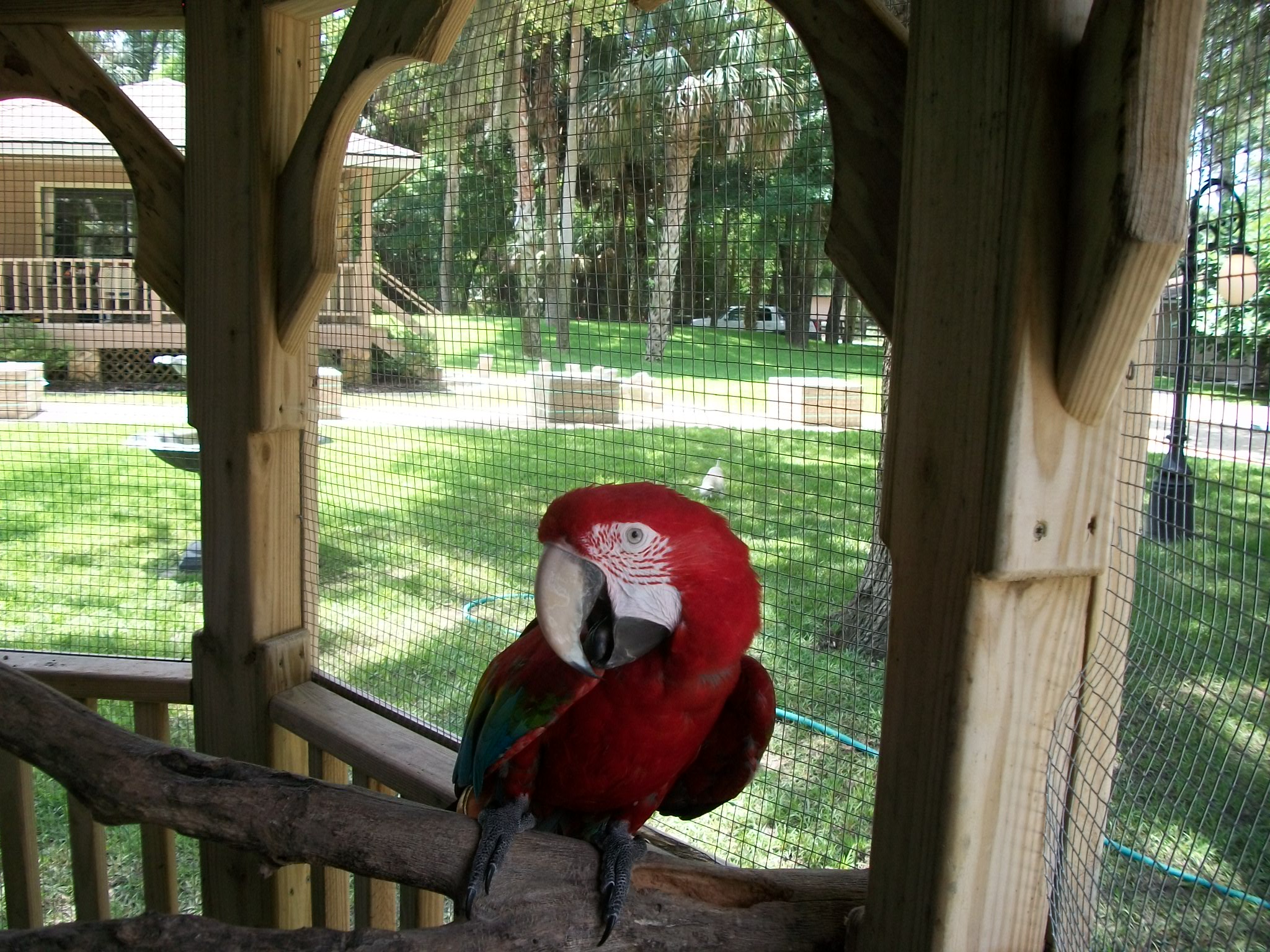 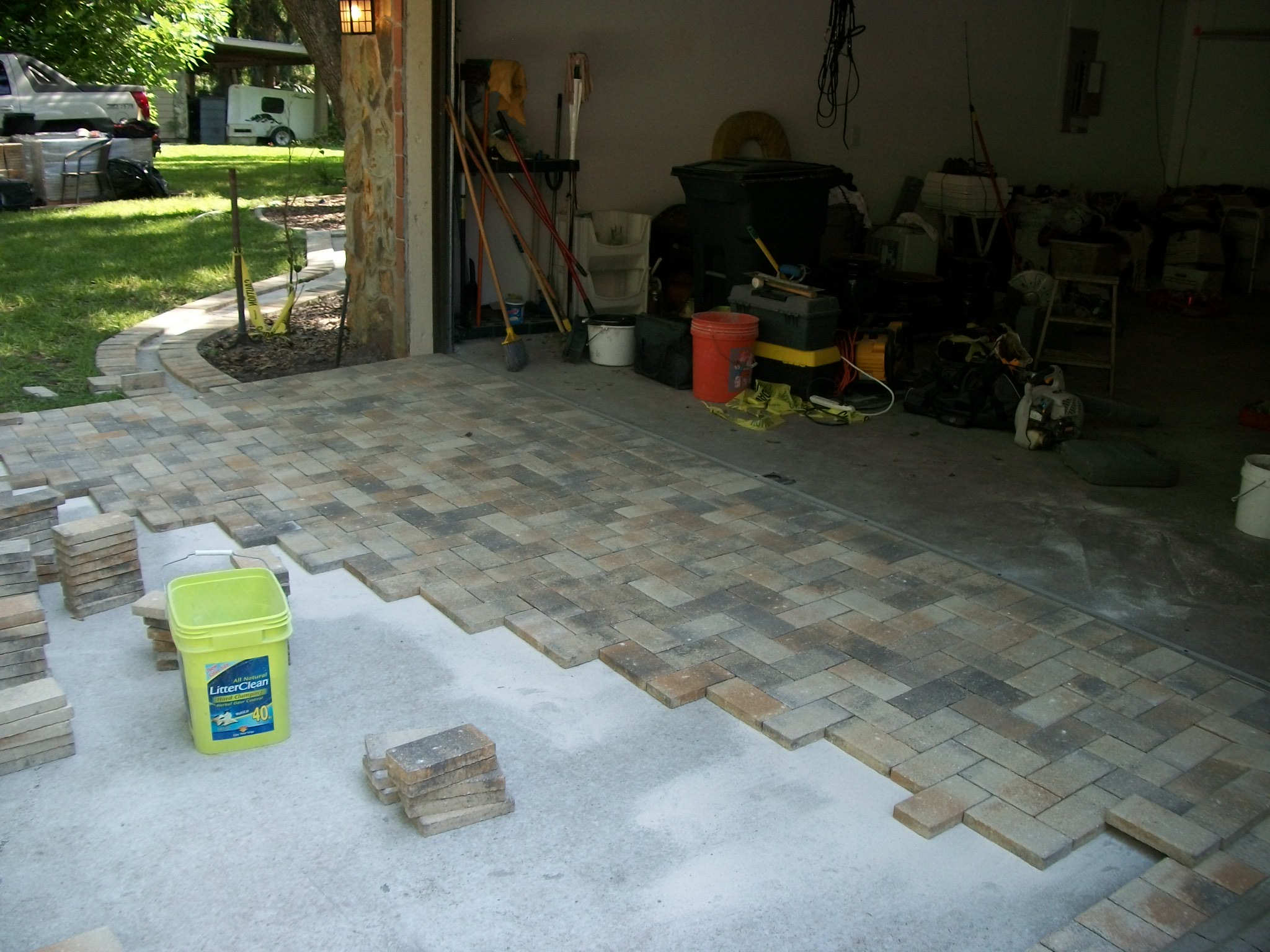 Below we have our good friend Jamie scraping the gravel down to grade for us. 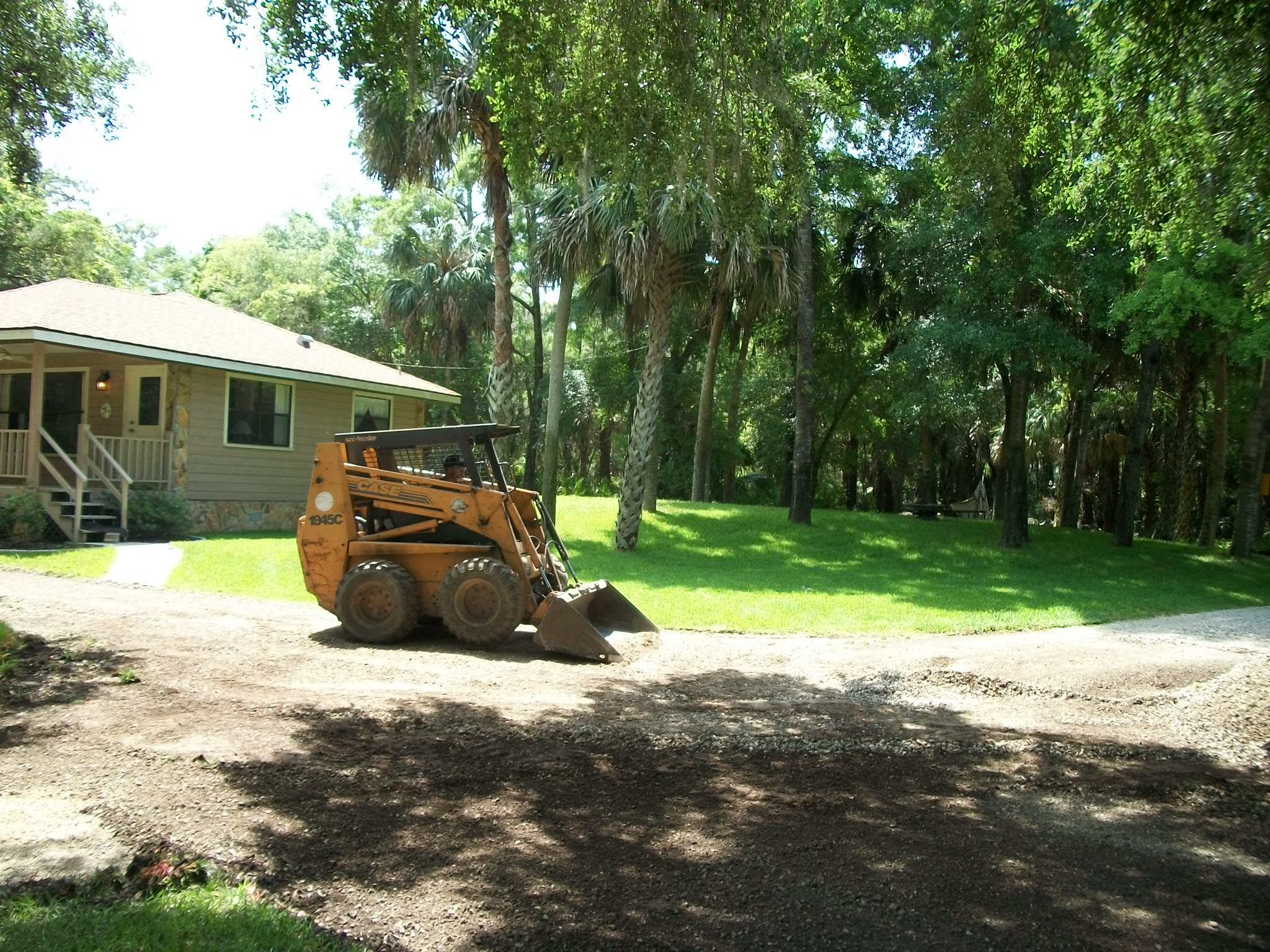 This John after doing a little Duck Hunting over lunch!
OK, not really. It's the dog's toy! 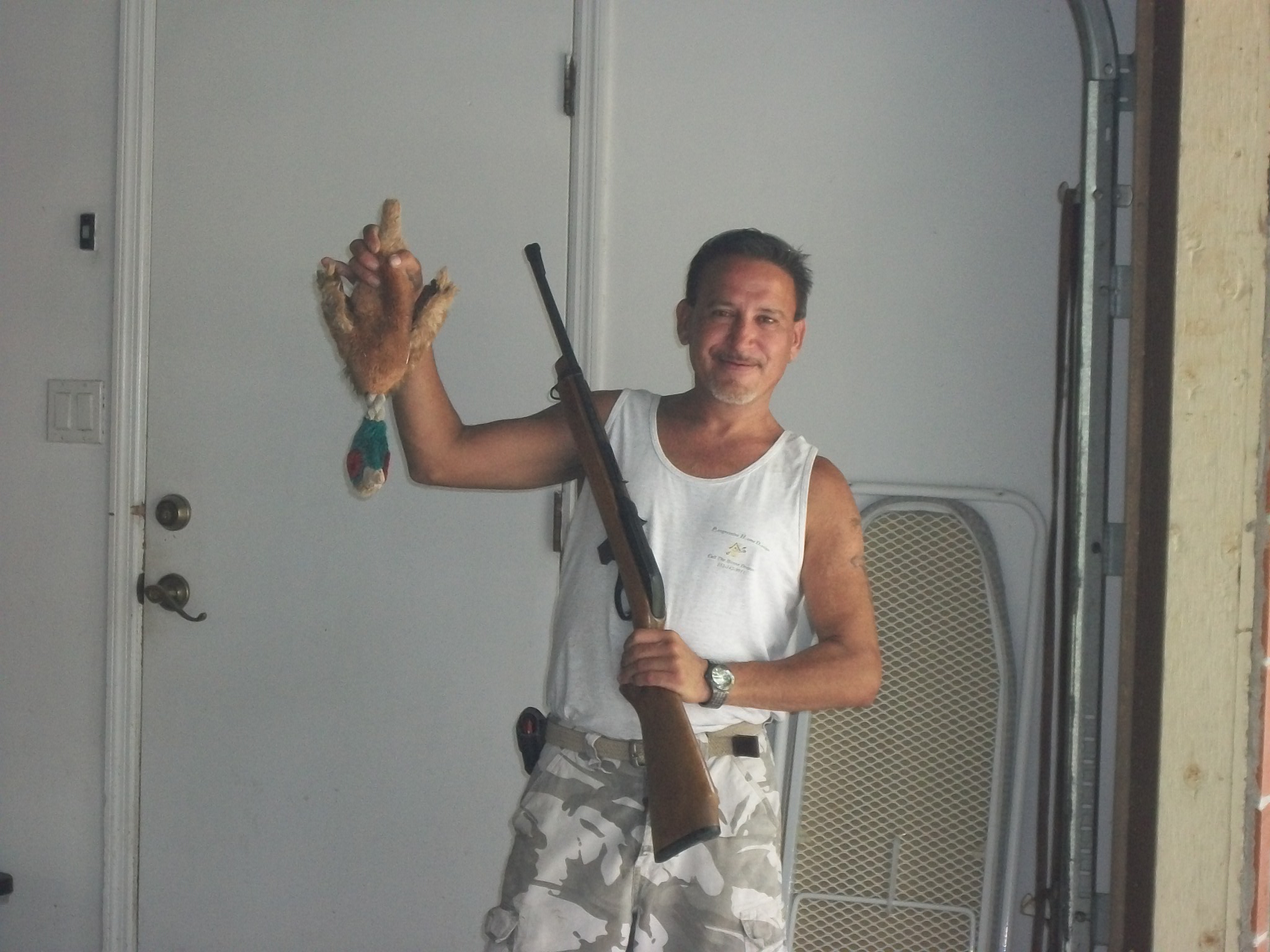 We had to bring in 37 TONS of base for the foundation for this monster!
It was too big to use the small compactors on so we brought in the Steamroller to compact the base. 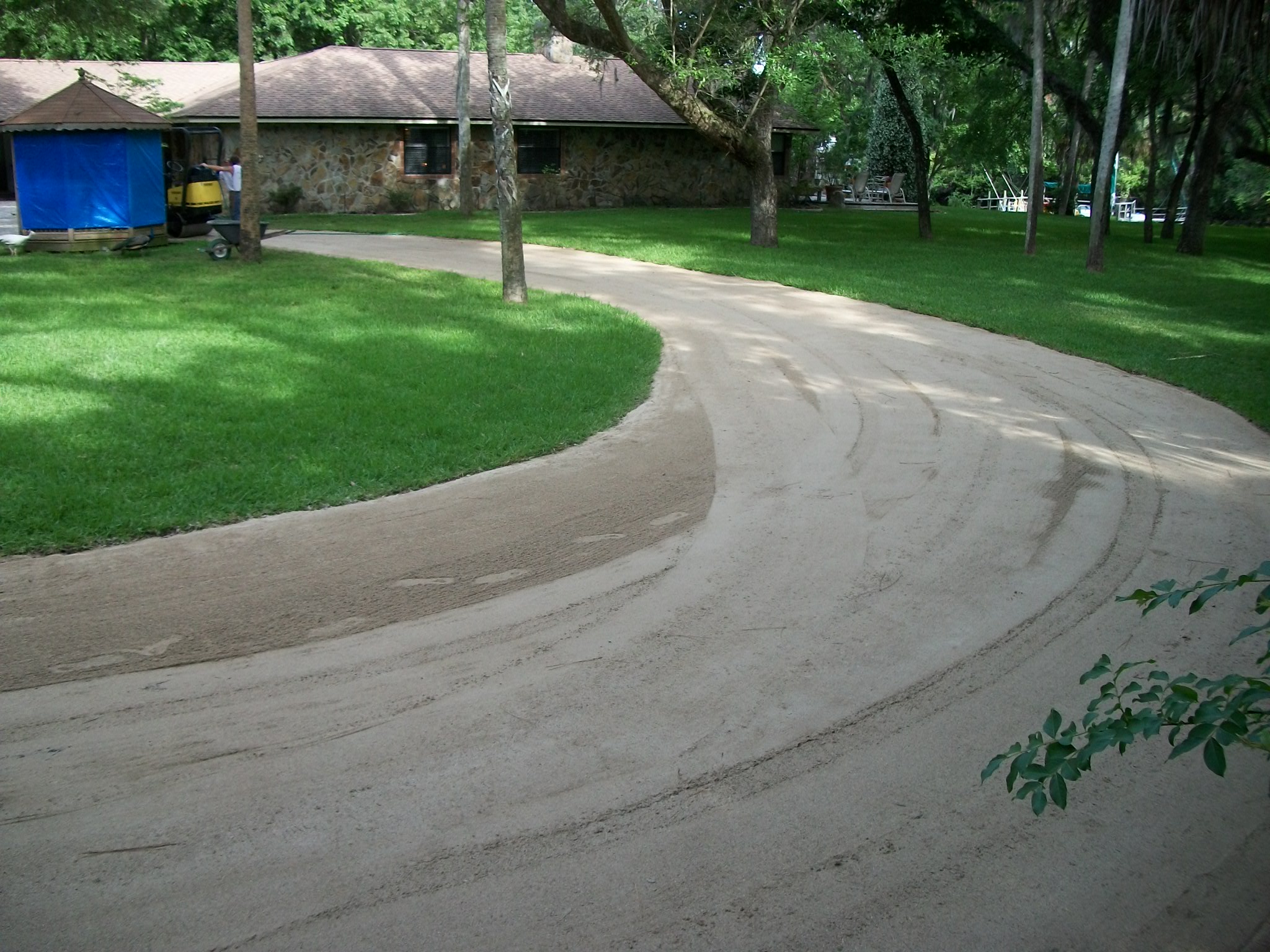 And you give a kid a new toy! Here is Russell having a ball driving the steamroller around! 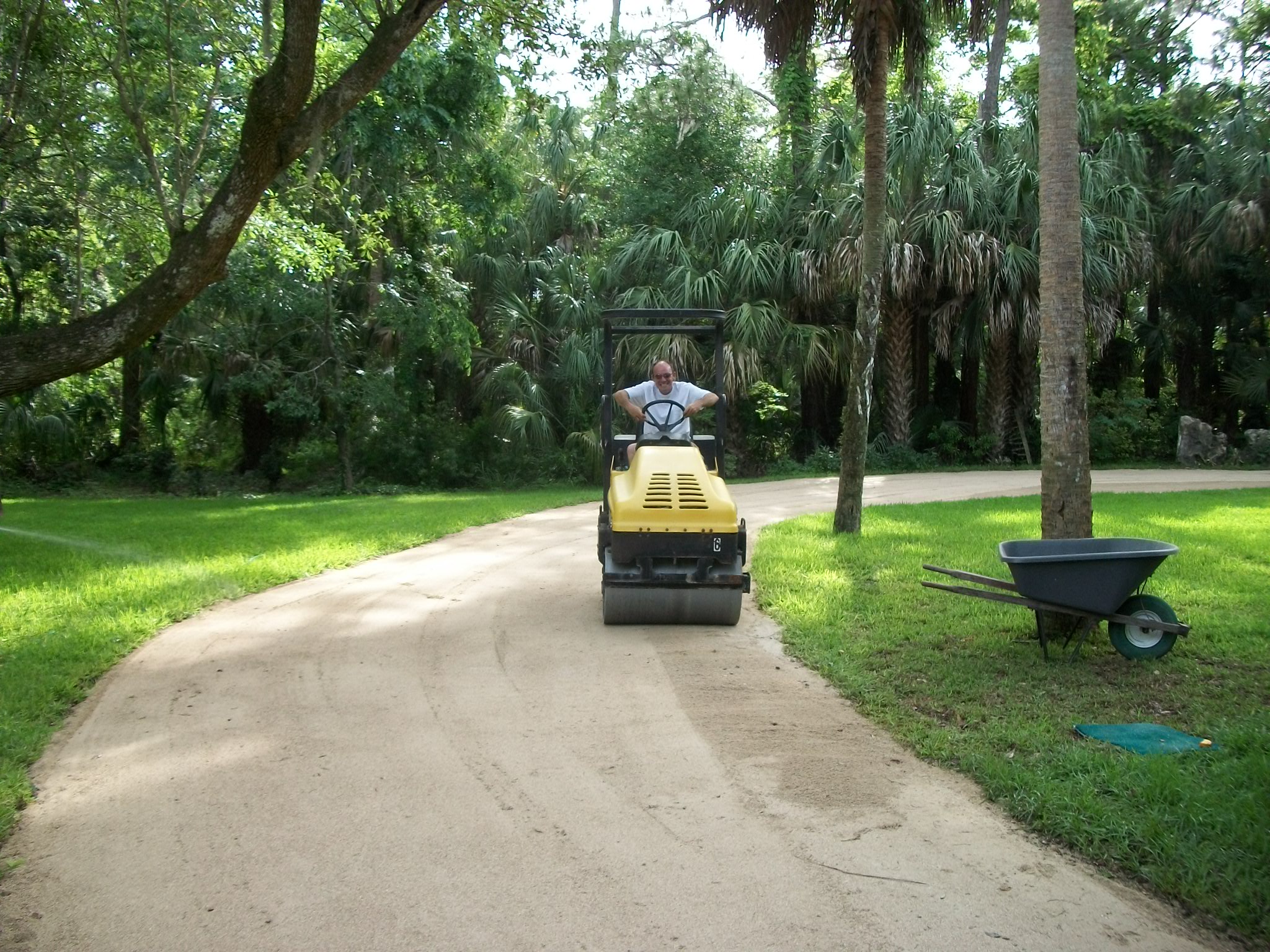 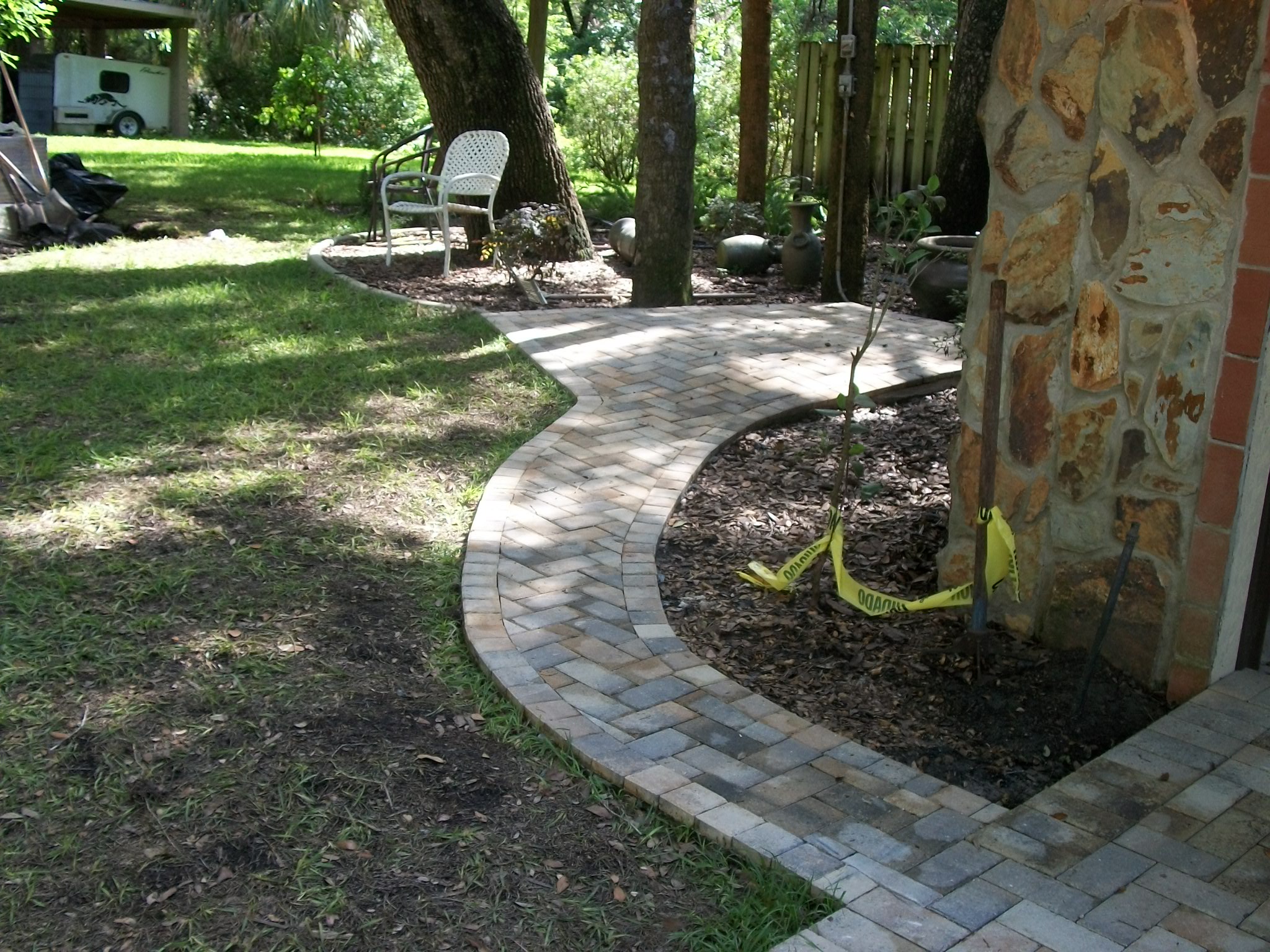 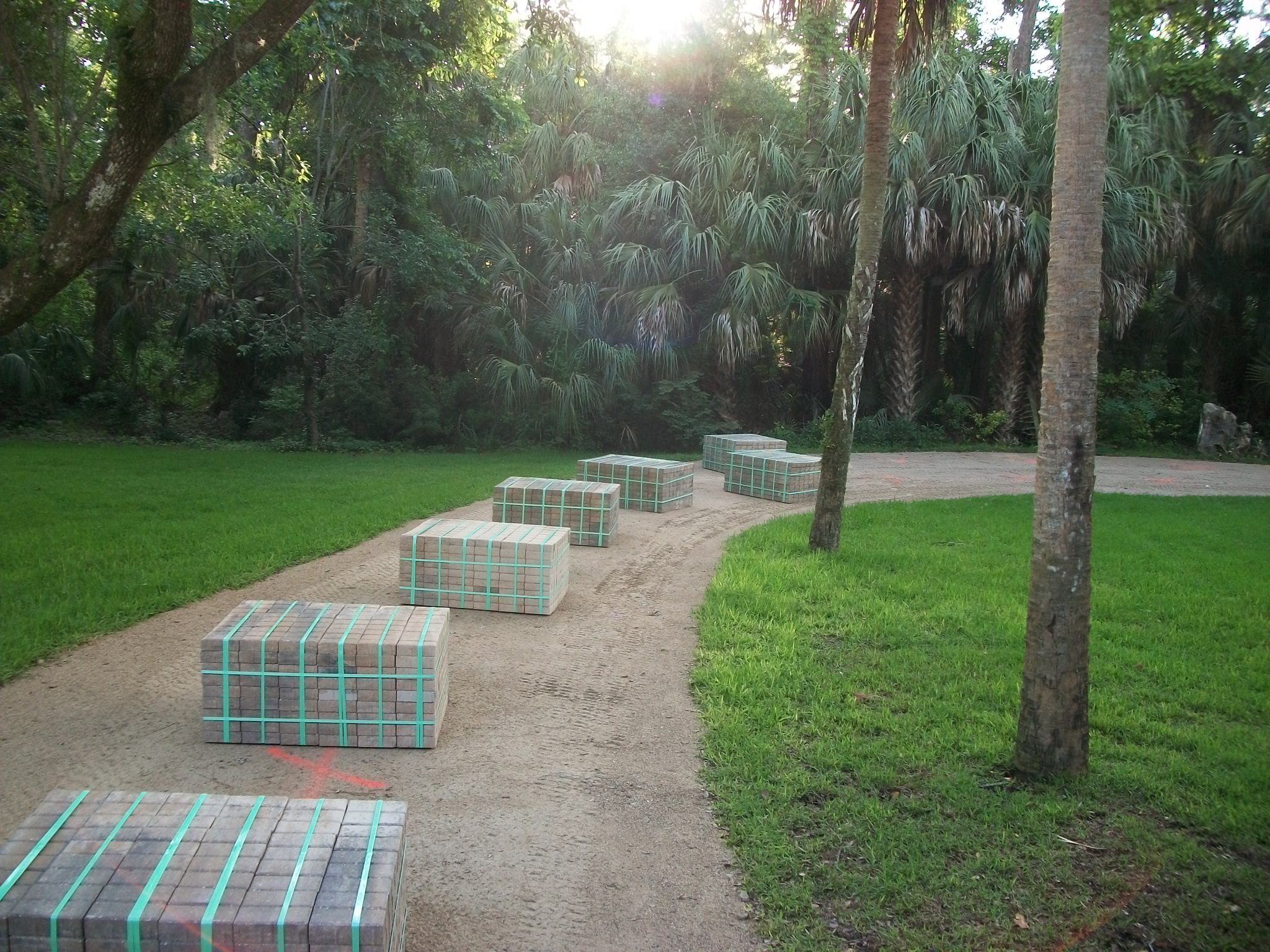 In the picture below you can see where tied the thin pavers on the driveway in with the thicks where the gravel used to be. 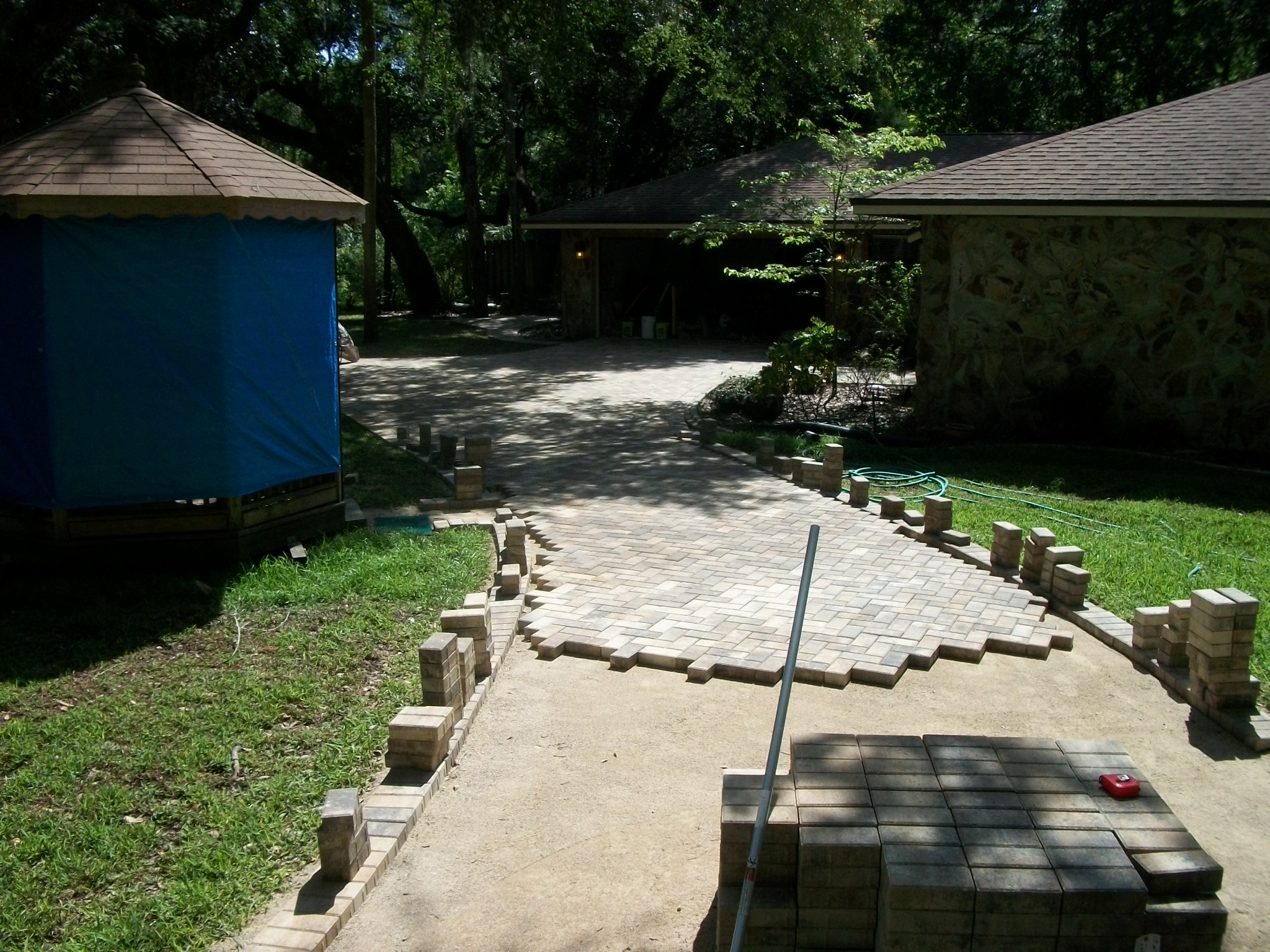 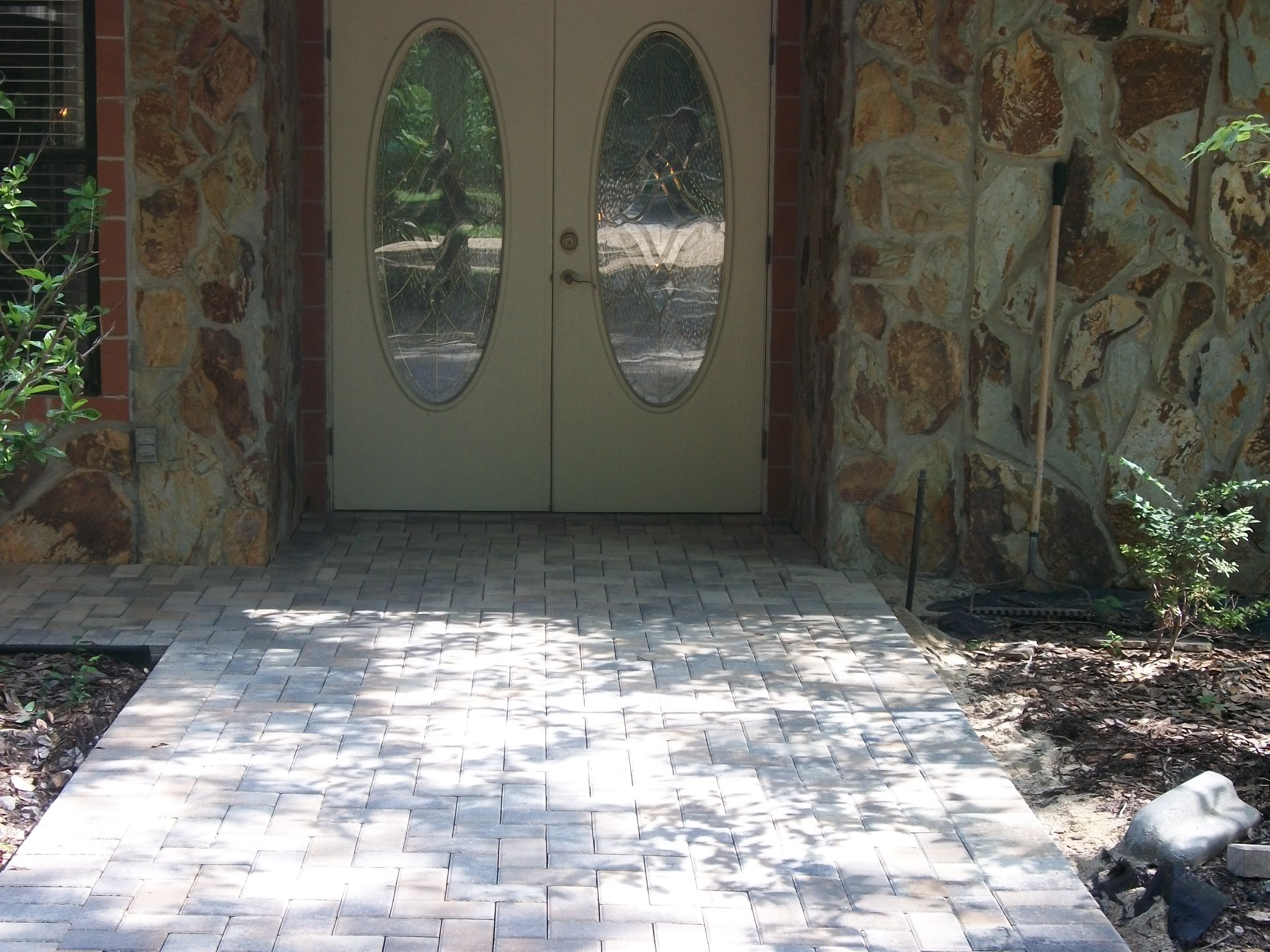 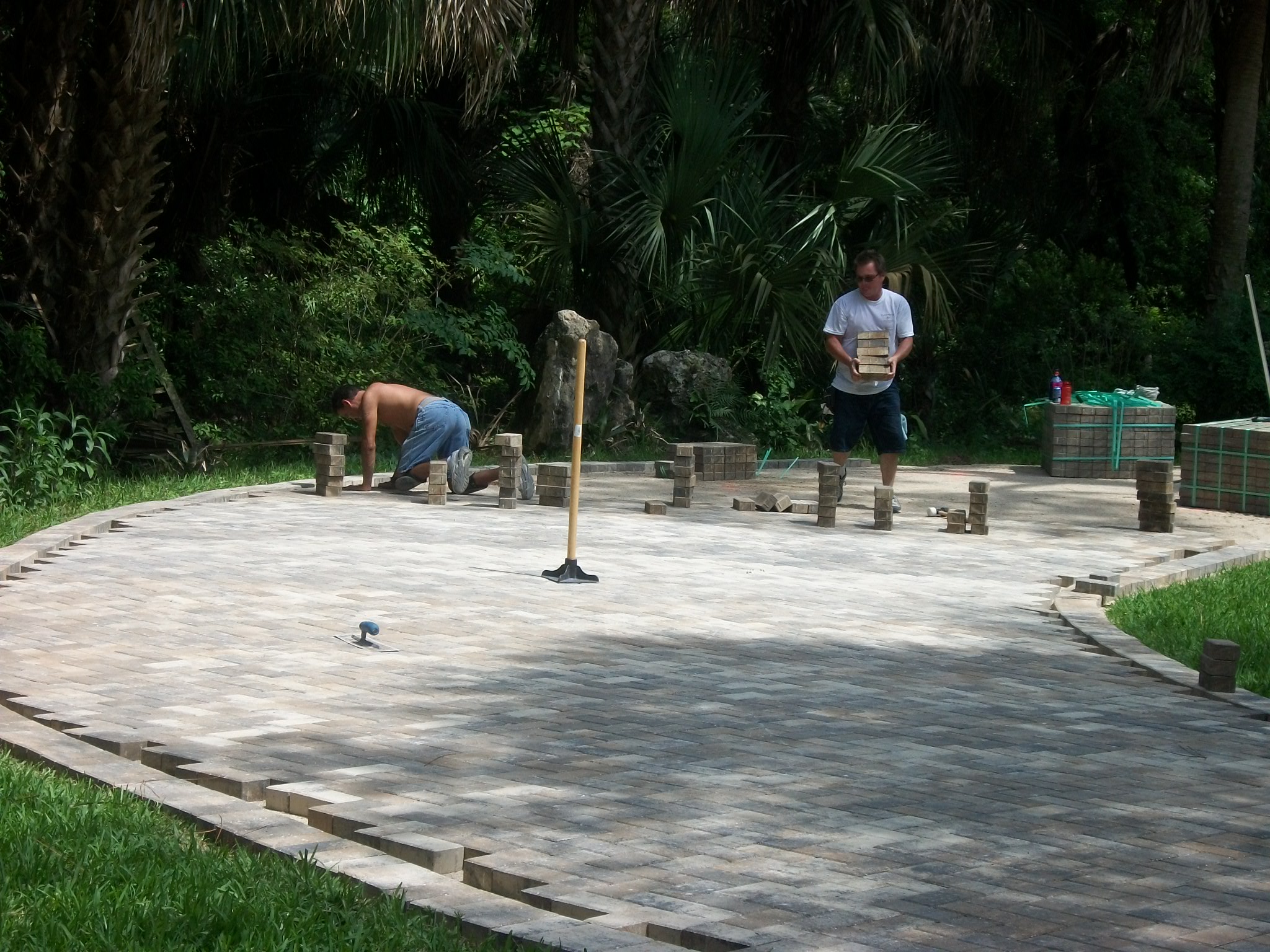 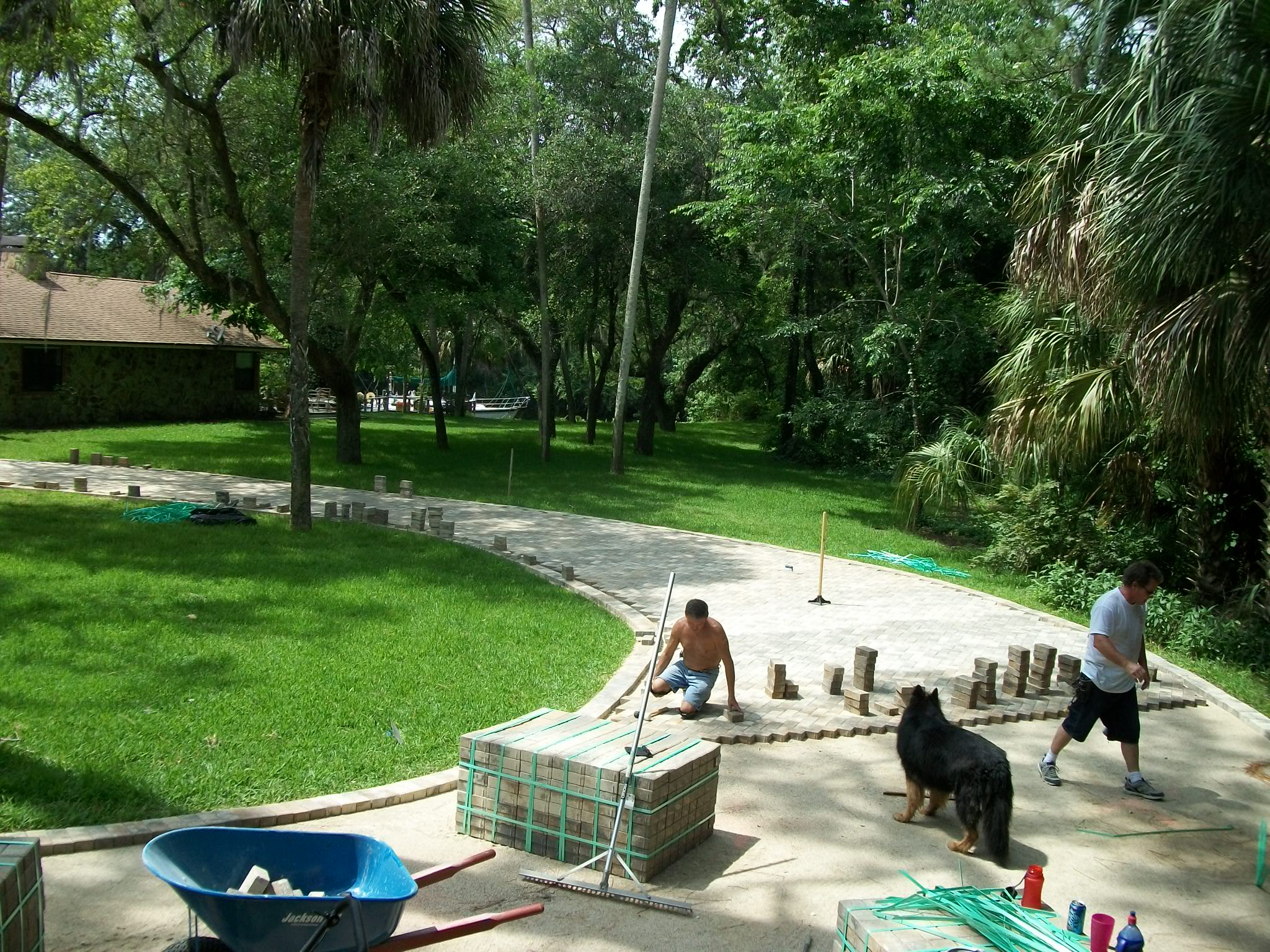 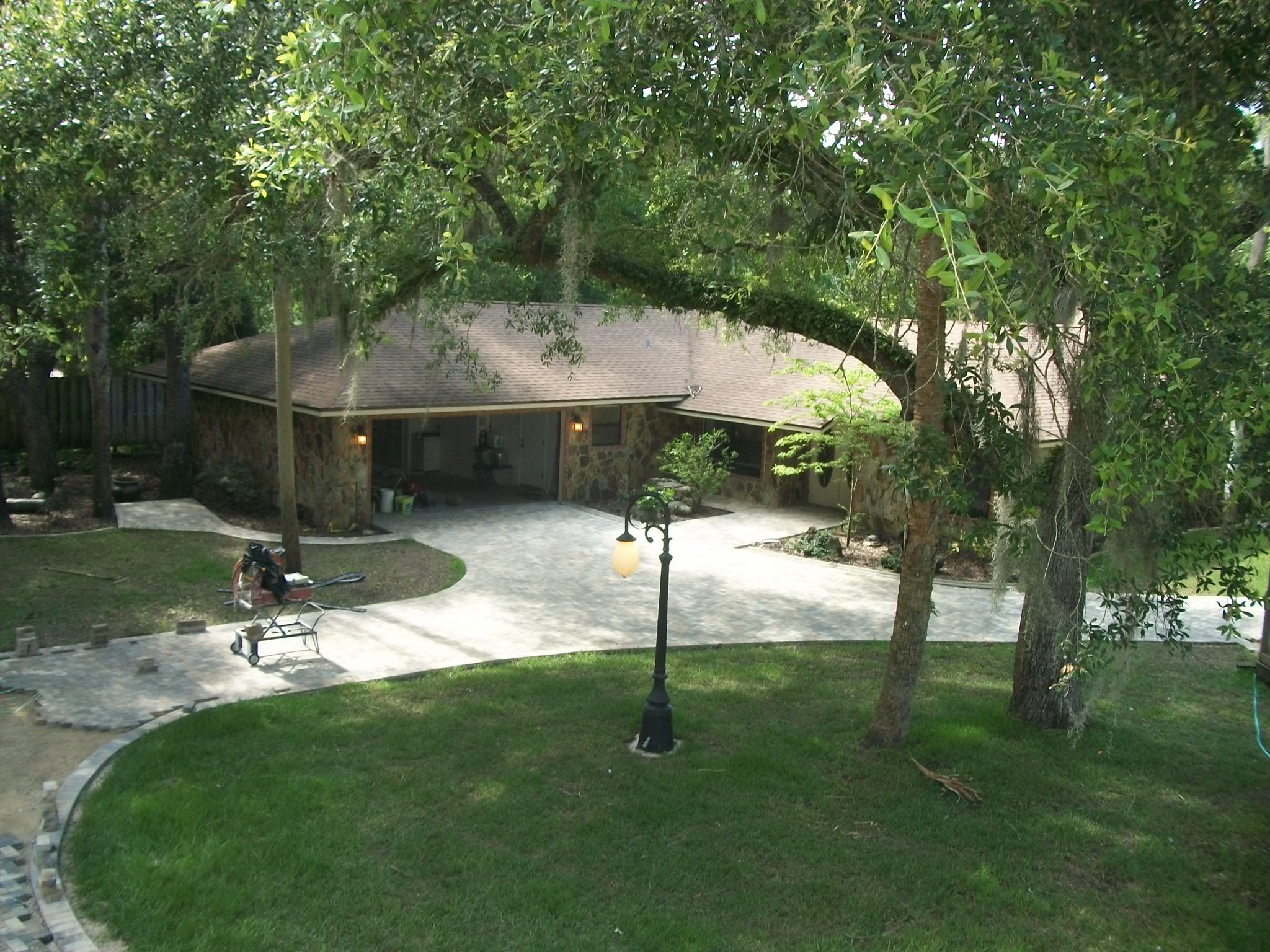 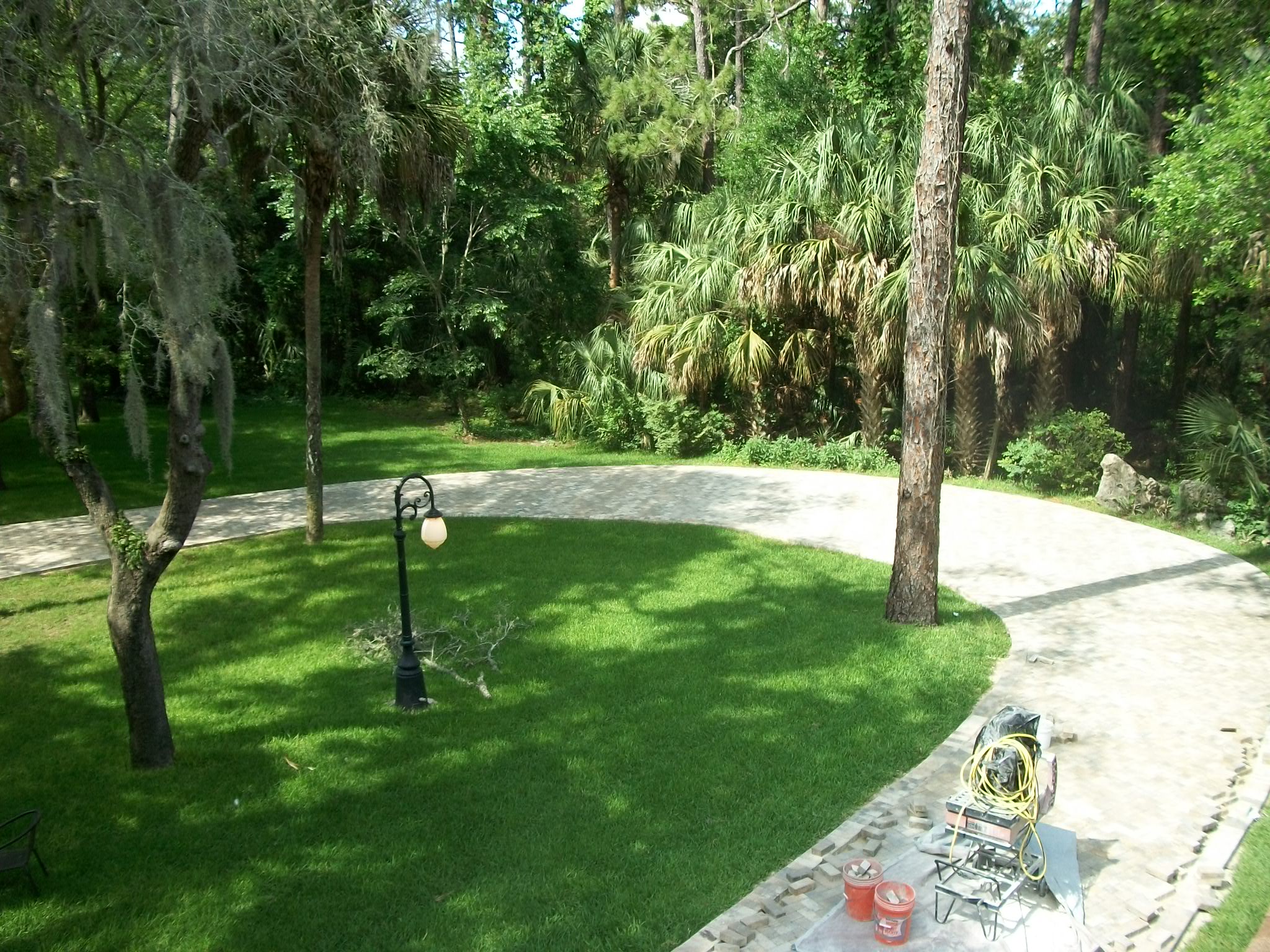 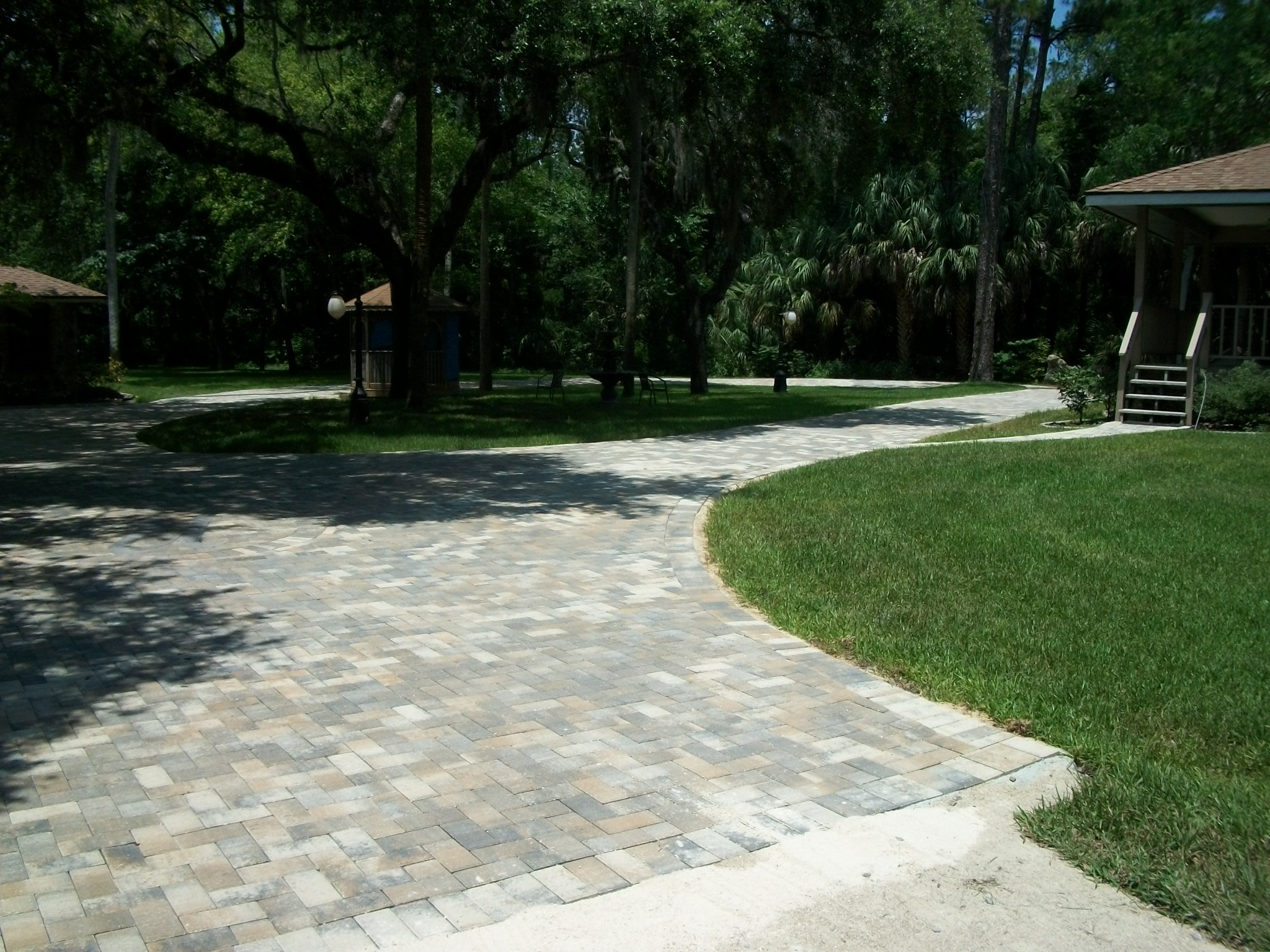 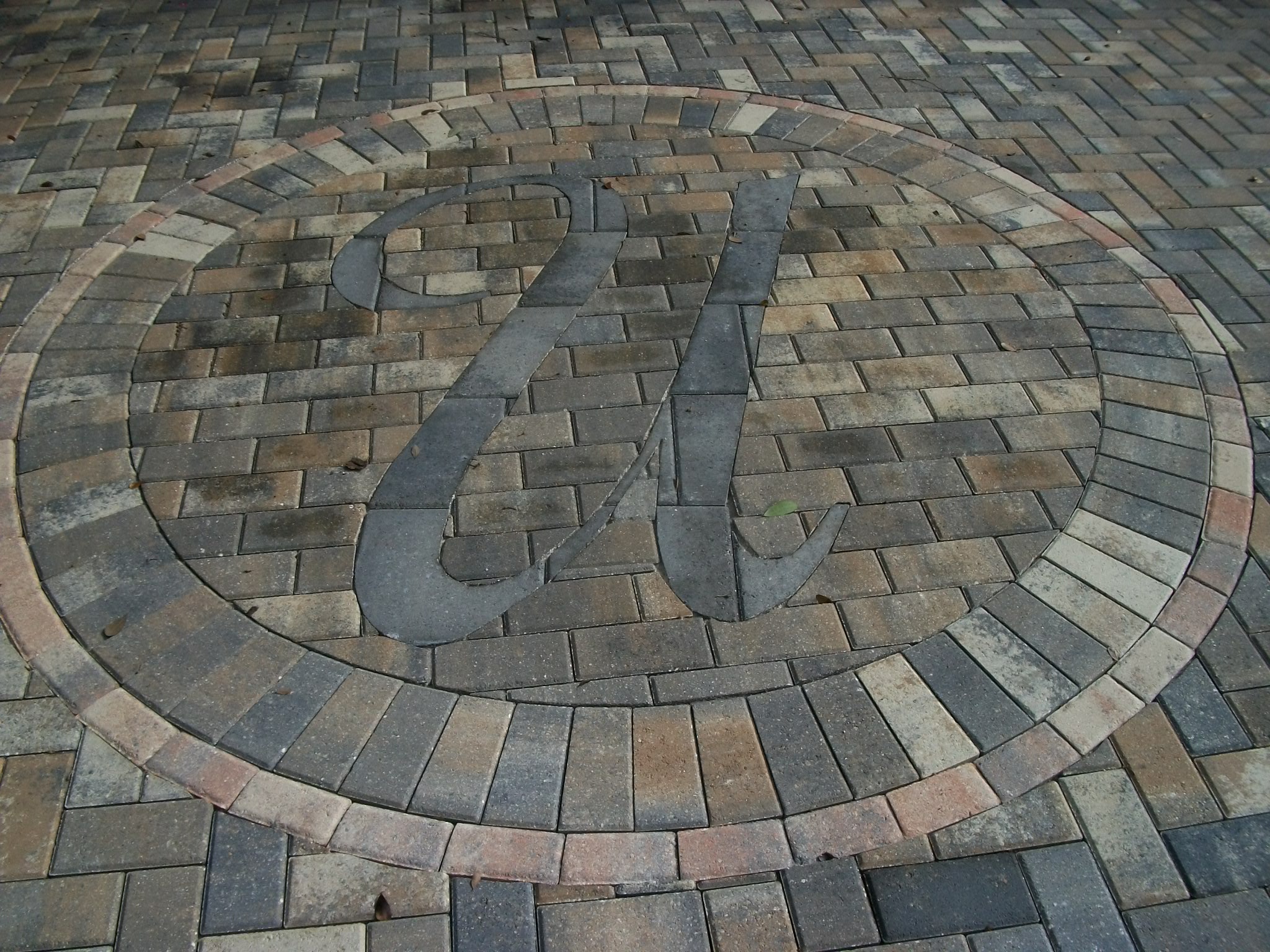 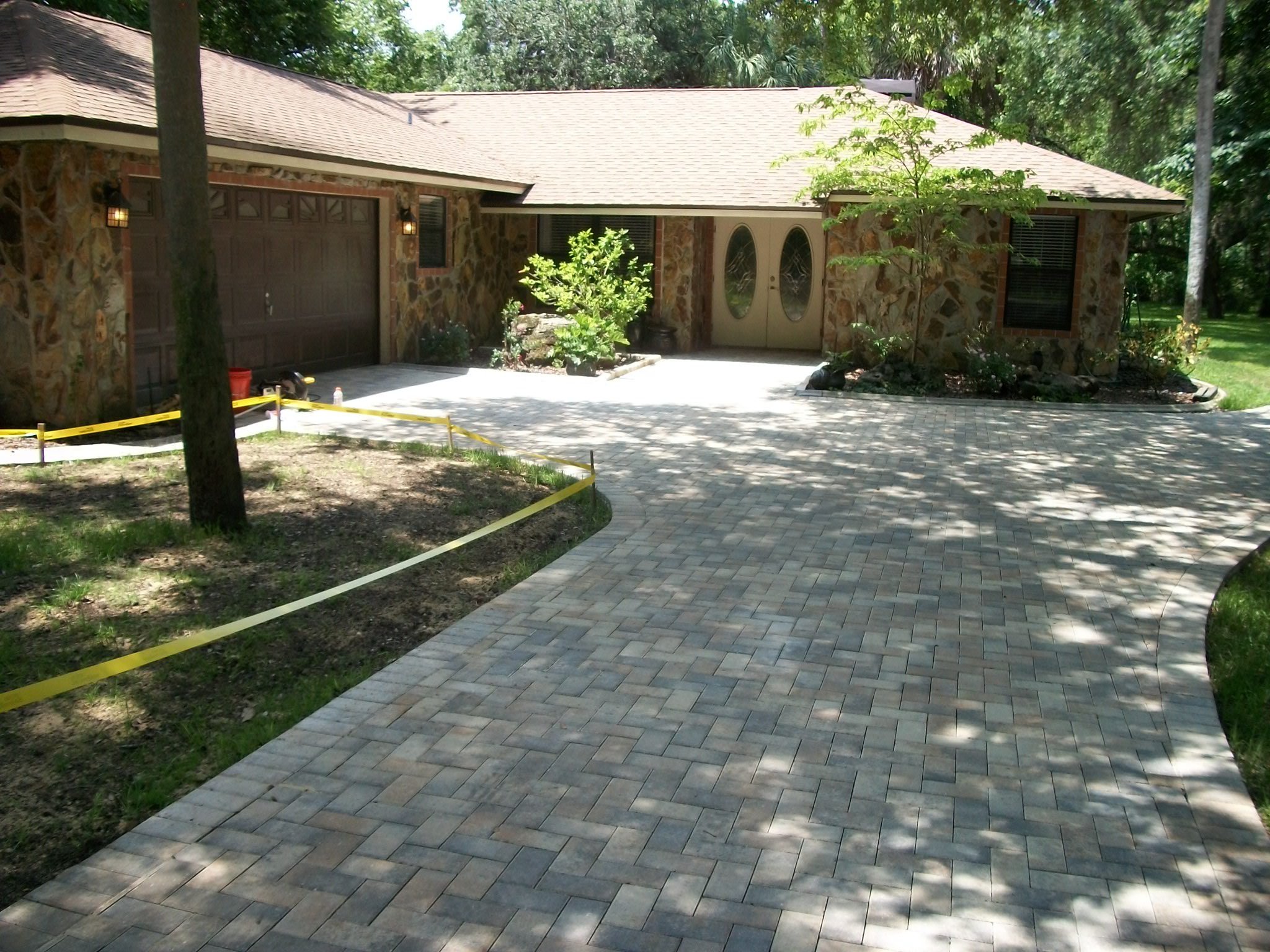 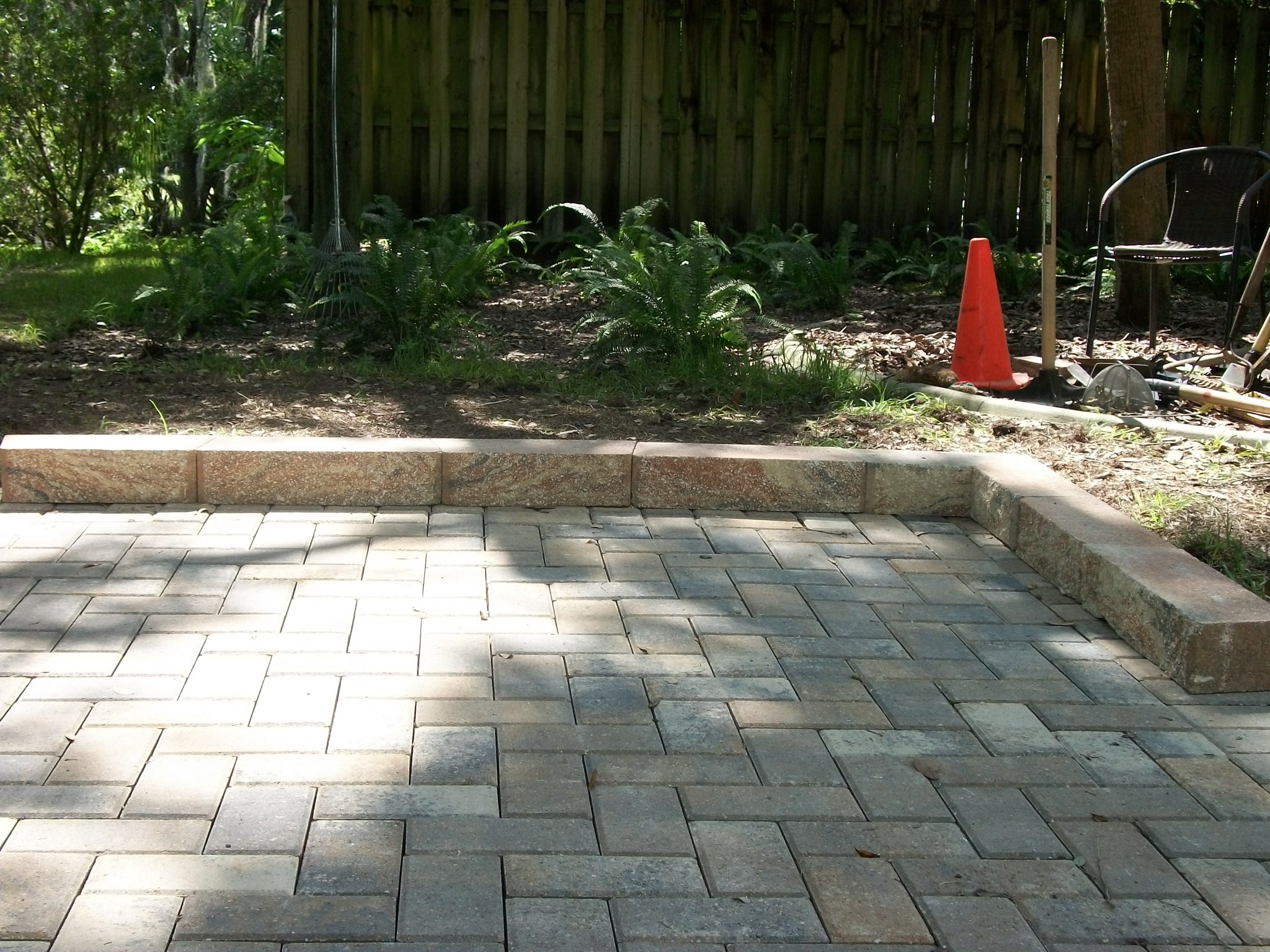 Below Russ and Ernesto pulled out Ernesto's Rolls Royce for the final pictures next to the Monogram we put in the driveway. Ernesto is a bit of car enthusiast! He has quite a few cool vehicles!
I wanted a picture with the Rolls though, so he accommodated me! 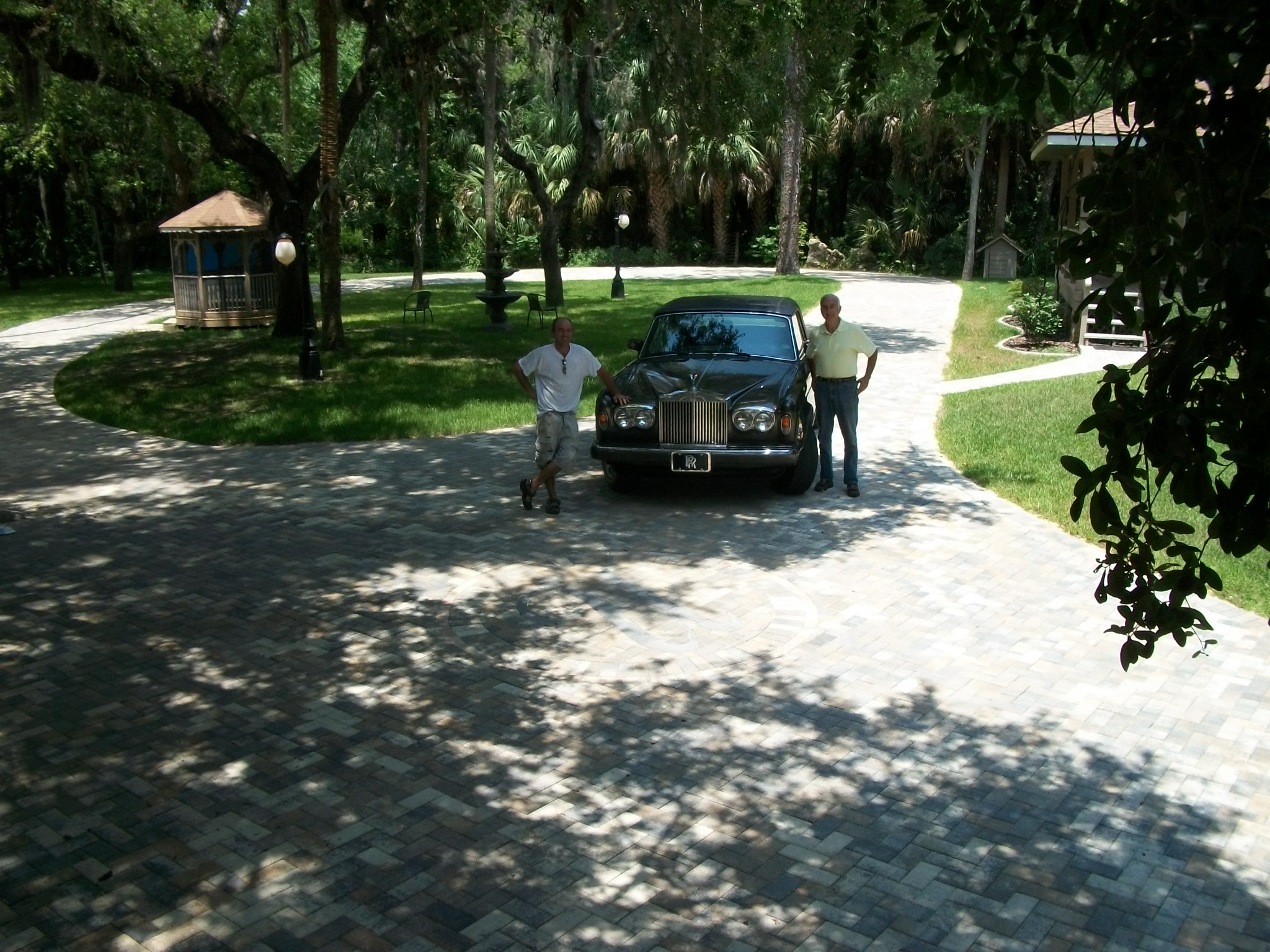 As it turns out this was a massive driveway, and there's plenty more to go!
This part logged in at over 6,000 square feet!
It was truly a great time working with Ernesto and Elaine, and needless to say, we were there quite a while imposing on these folks.
Thanks you for being so good to my guys! I can't say enough about what super nice people you are.

Well, Elaine anyway. As for Ernesto,.....well, what can I say?
The boys really enjoyed your impersonation of me!

I thought it was pretty funny too, by the way!
We all gotta laugh at ourselves once in while, Right Ernesto?
Yep, It's just the RIGHT THING To Do!