These folks just had their house painted and they really hit the nail on the head with pavers colors in my opinion. The pavers seem to have all the house colors in them, yet throw off a really nice contrast to boot.

I'm pretty sure Deb was in in charge of the colors choices by the way!

Sometimes small jobs present more problems than bigger jobs, and this was one of them. While everything was going great, and looks great, we encountered some issues tying the sidewalk into the driveway.
Usually we are pavering the driveway, as well as the sidewalk, so there isn't any need for a transition from the paver level to driveway level.
We thought we would experiment a bit and tried to use some white portland to tie it in! We actually thought it would good at the time!

What can I say? Boy did that look like SHIT!

Naturally, we immediately told Deb and Basil we were not happy with it, and went out this morning with a new solution.
Nobody bats a 1000, and we take our licks when we mess up, but unlike so many other companies, we stay with it till we get it right.

This one was no different!

I even published a picture of the lousy tie in we did, and what we did to fix it.
Gotta be honest about it, you know!

In the end though, we now have a acceptable solution for tying paver sidewalks to driveways without adding the expense of tearing out several feet of the cement sidewalk, and using thick pavers to flush it down to the driveway grade. That looks better than making a tie in of course, but adds a significant cost to the job.
So thanks for the education on this!

It looks real sharp now!
As always,... Basil and Deb,....thanks letting us work for you guys. 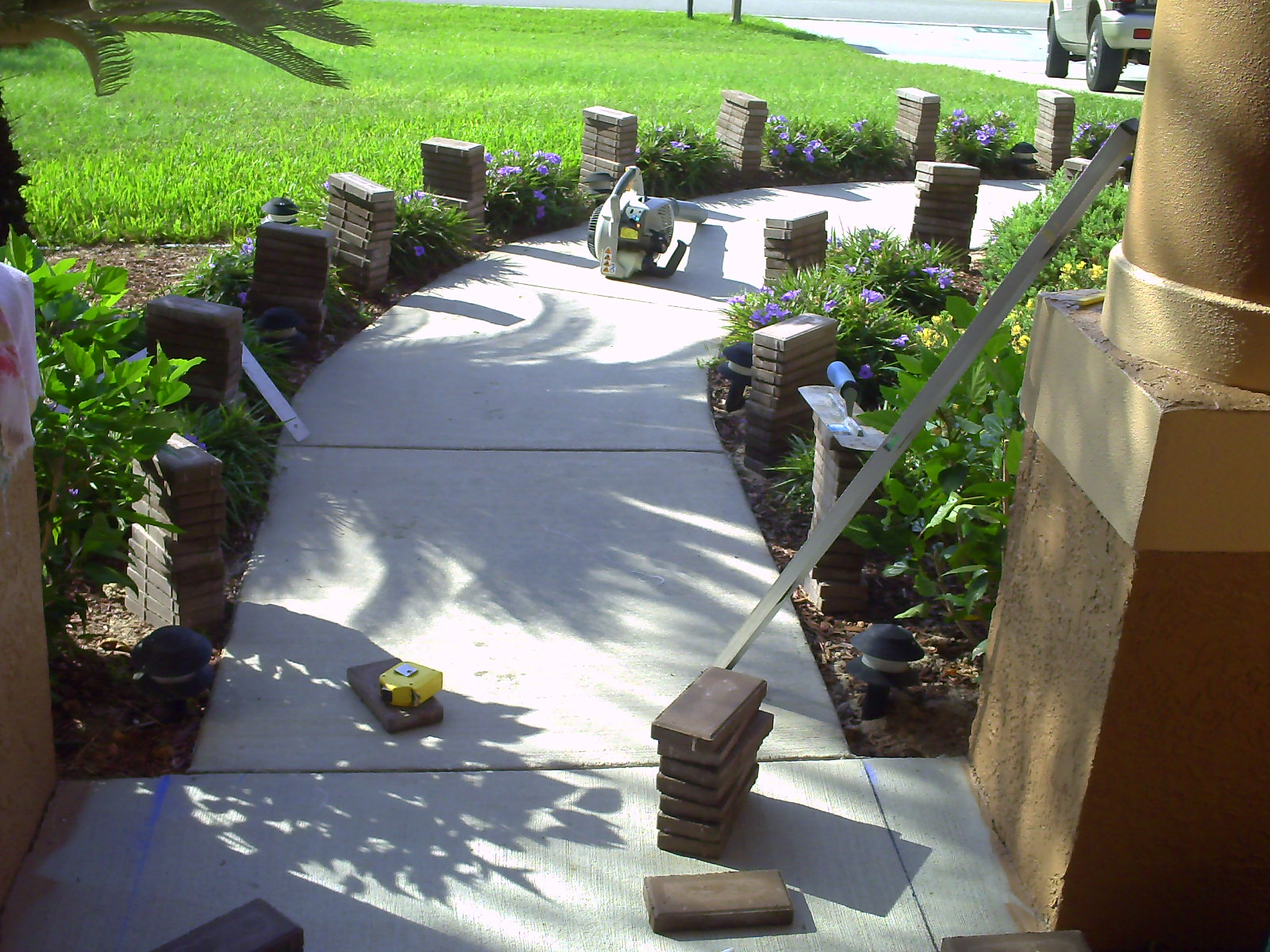 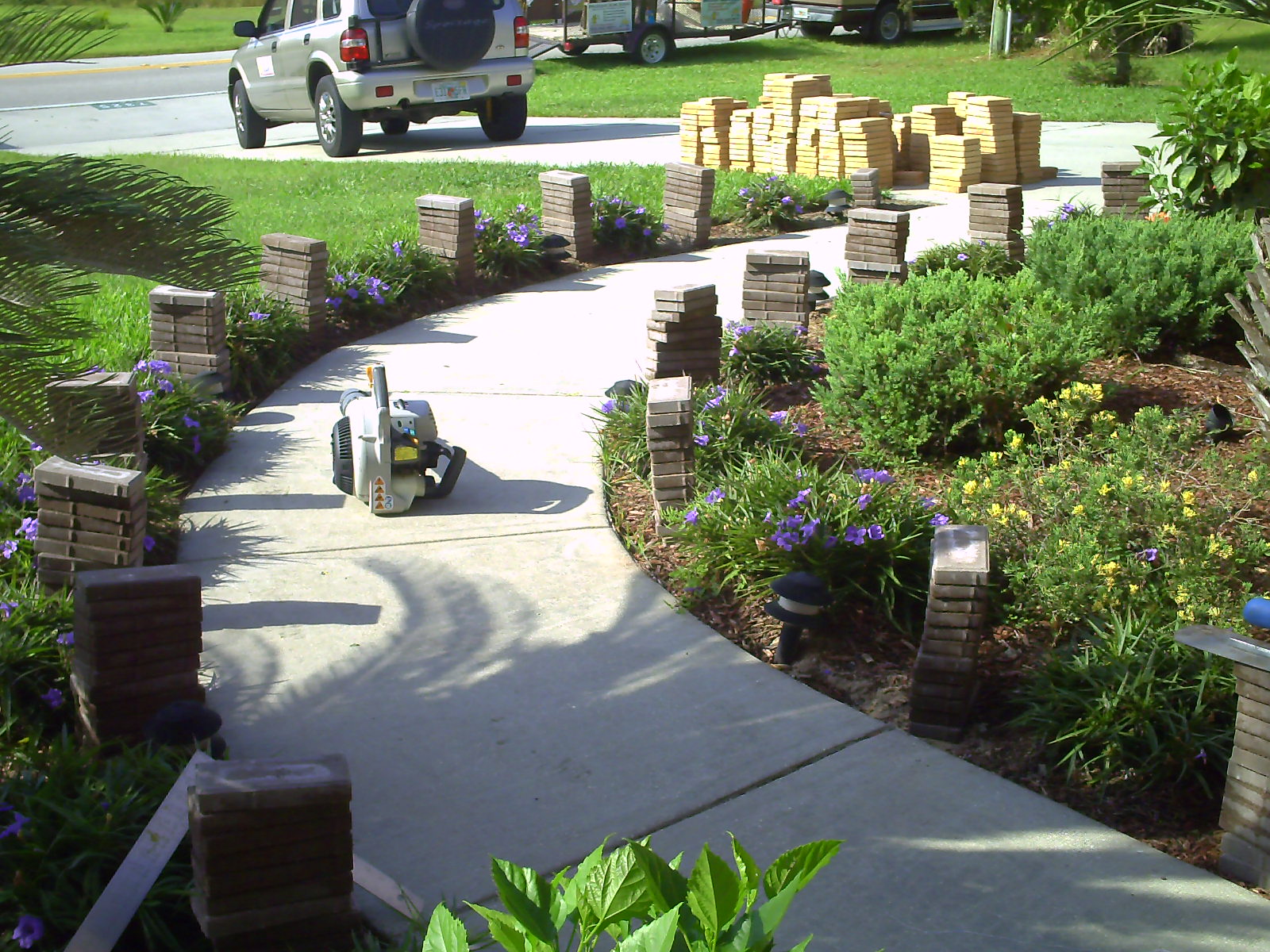 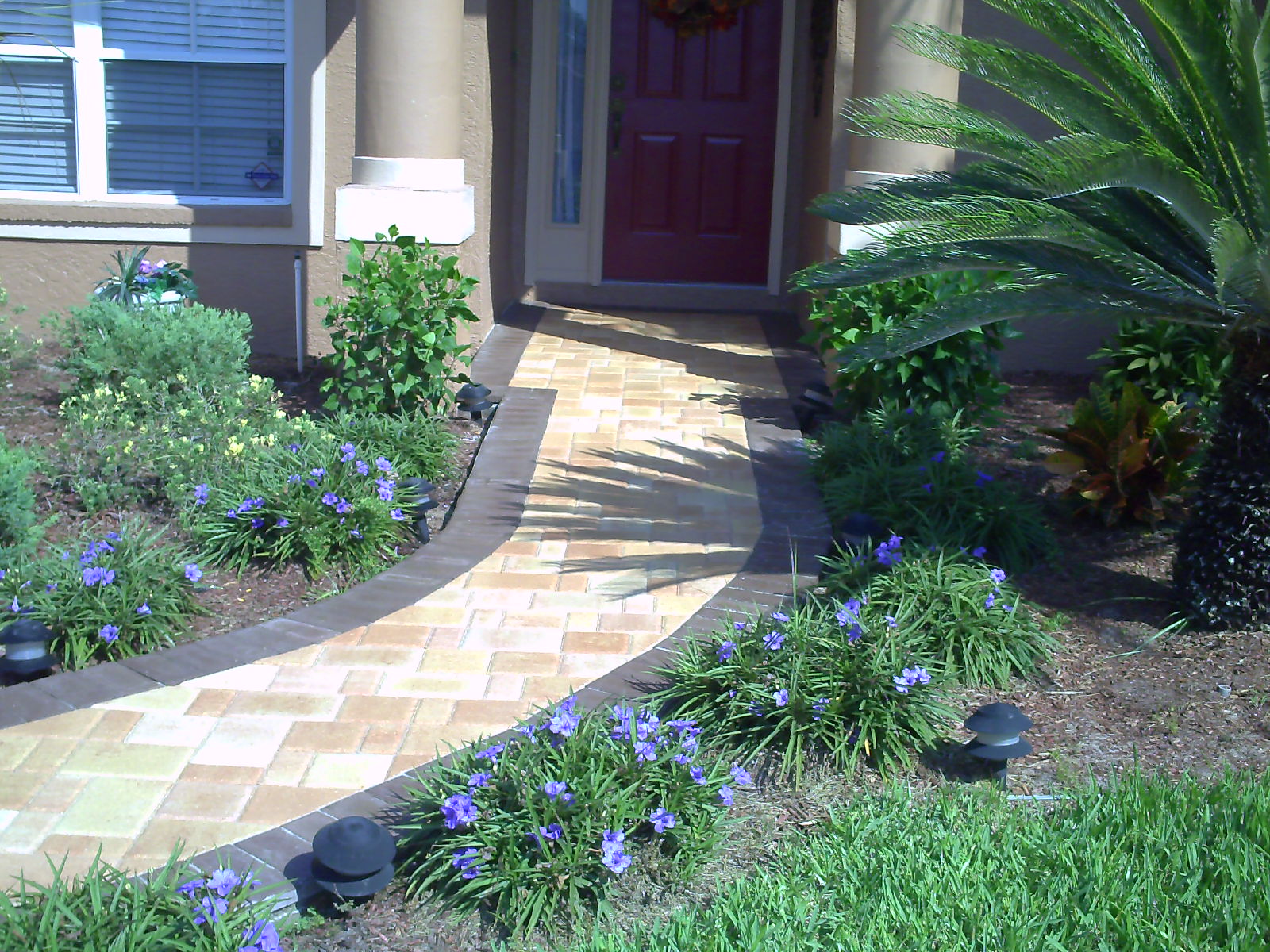 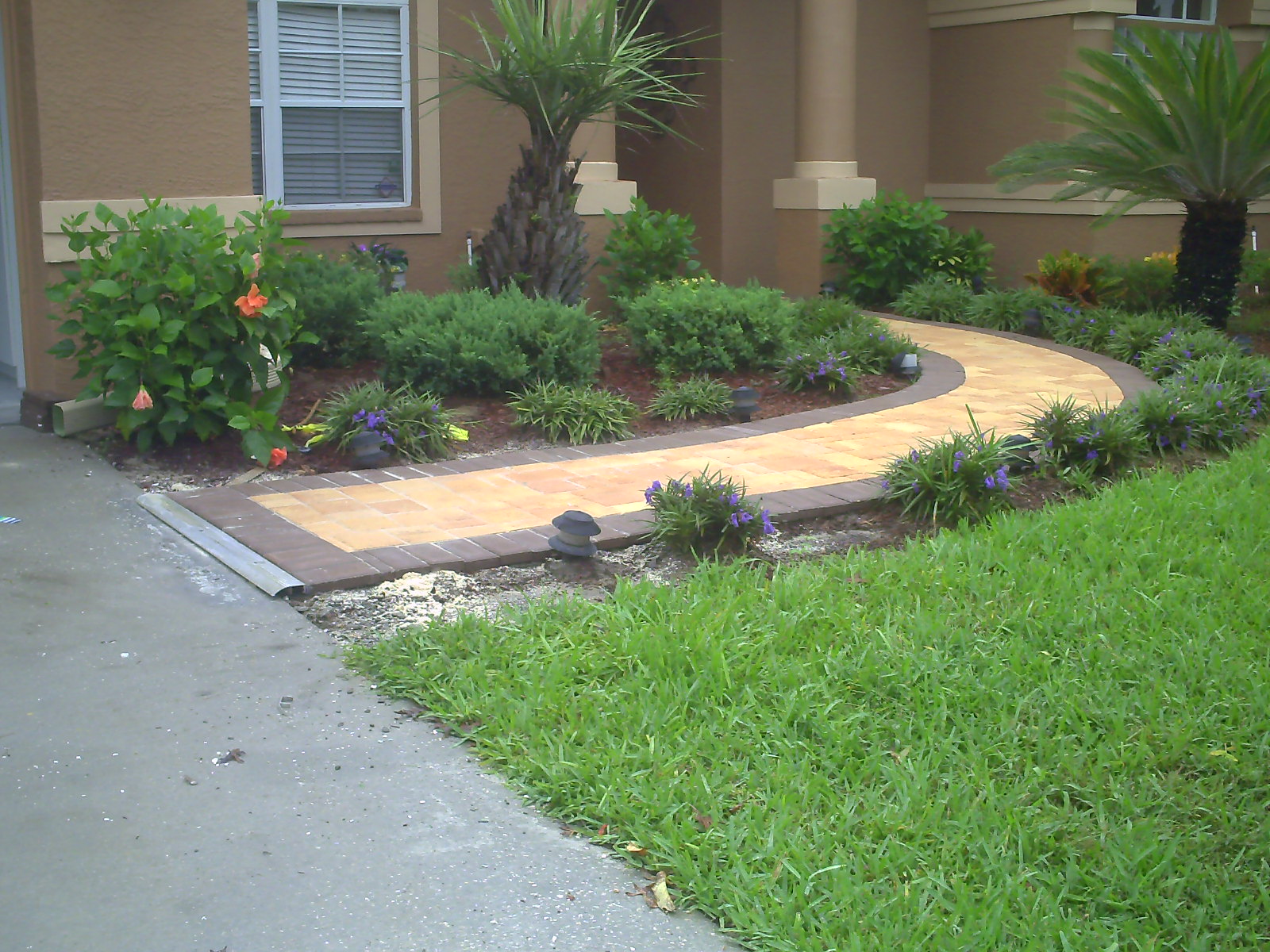 How We got there Pictures 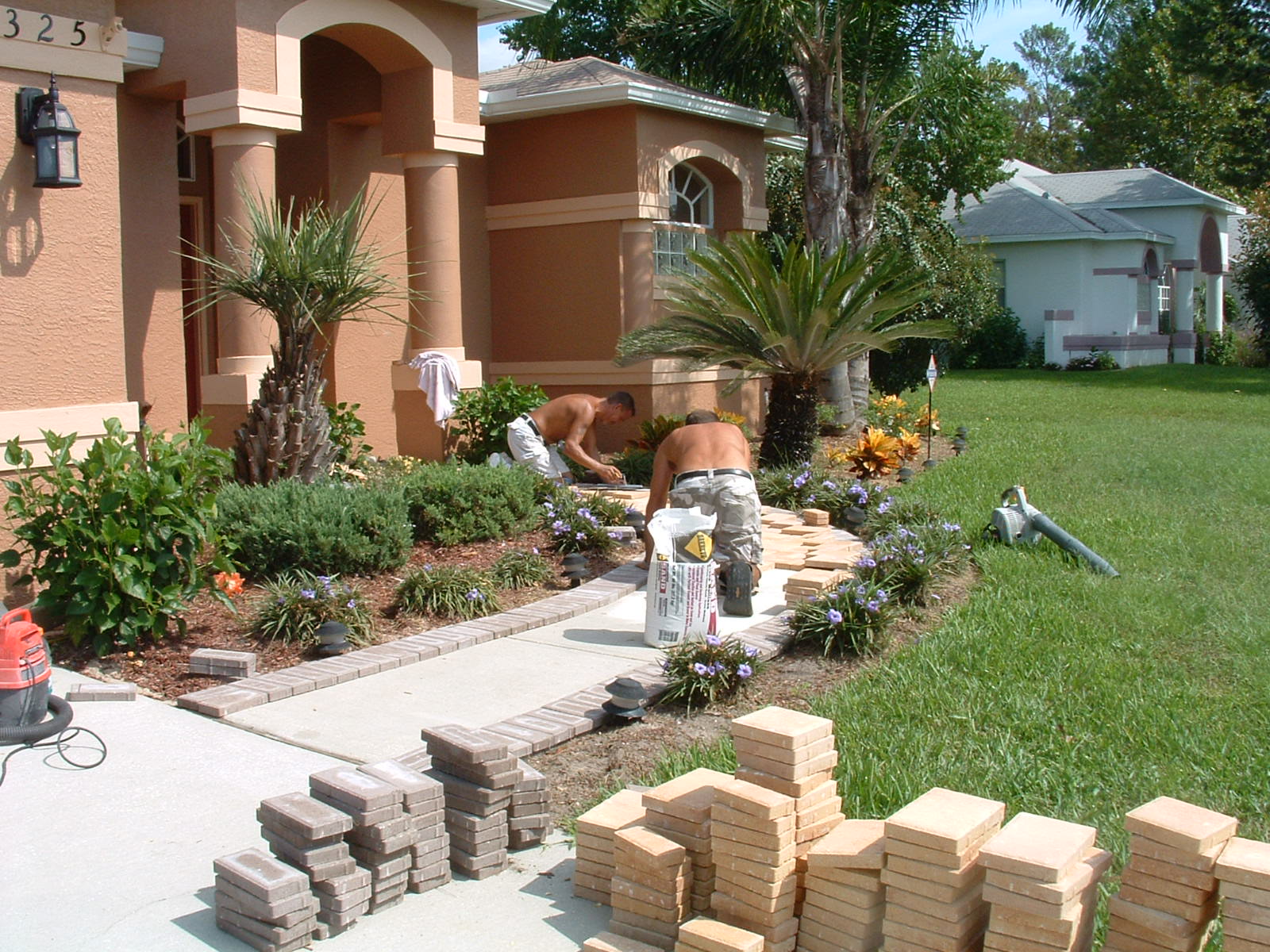 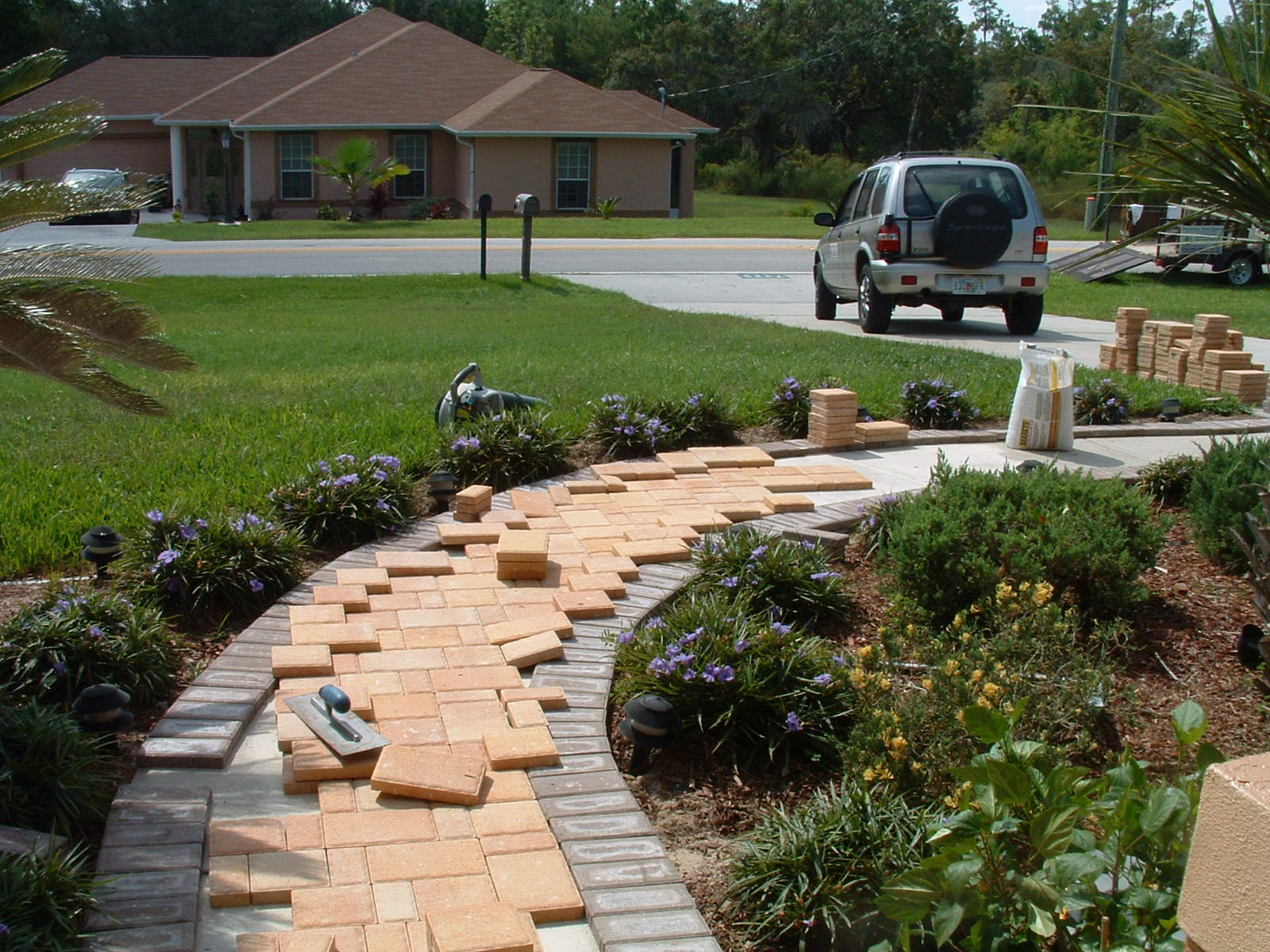 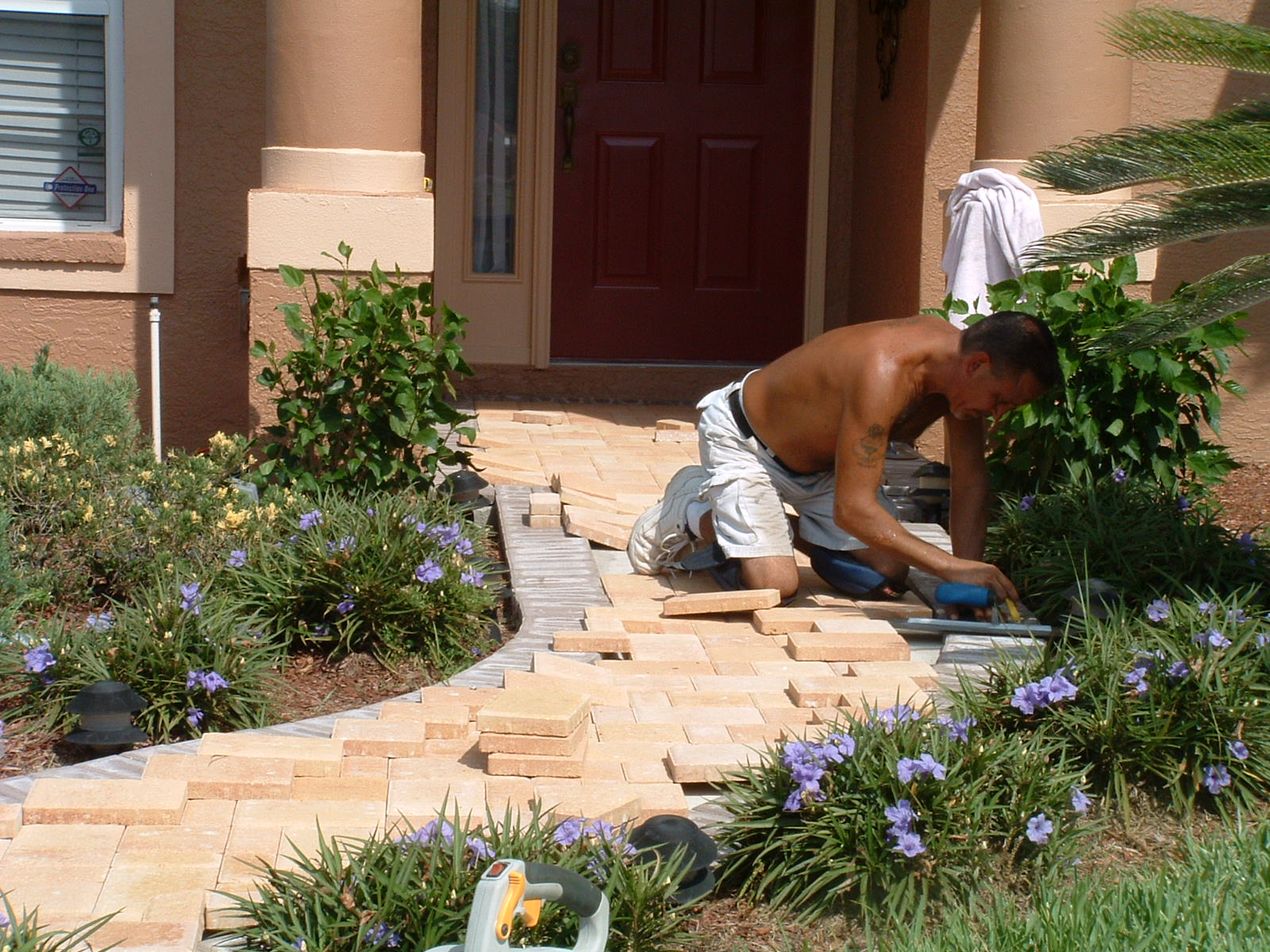 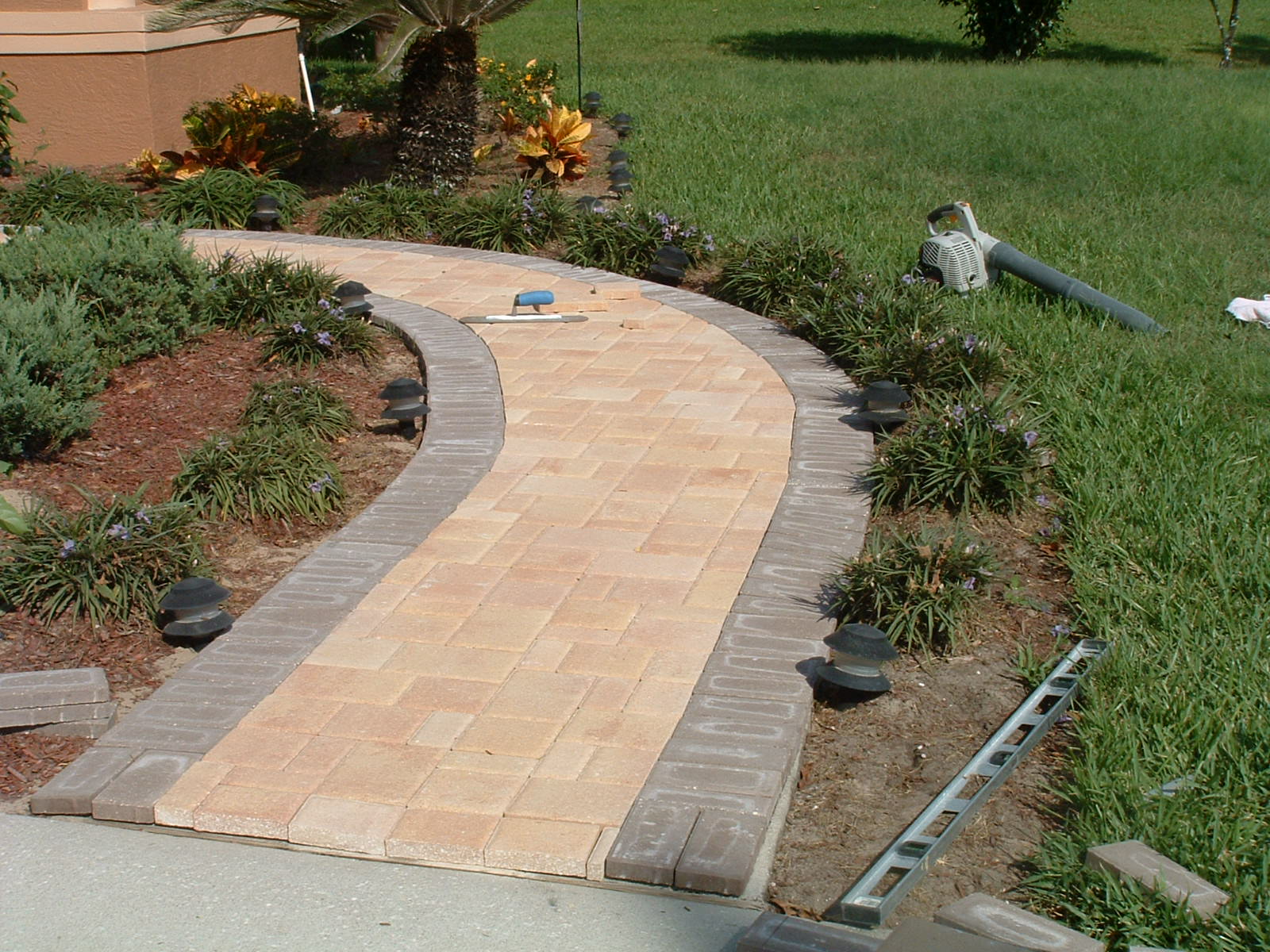 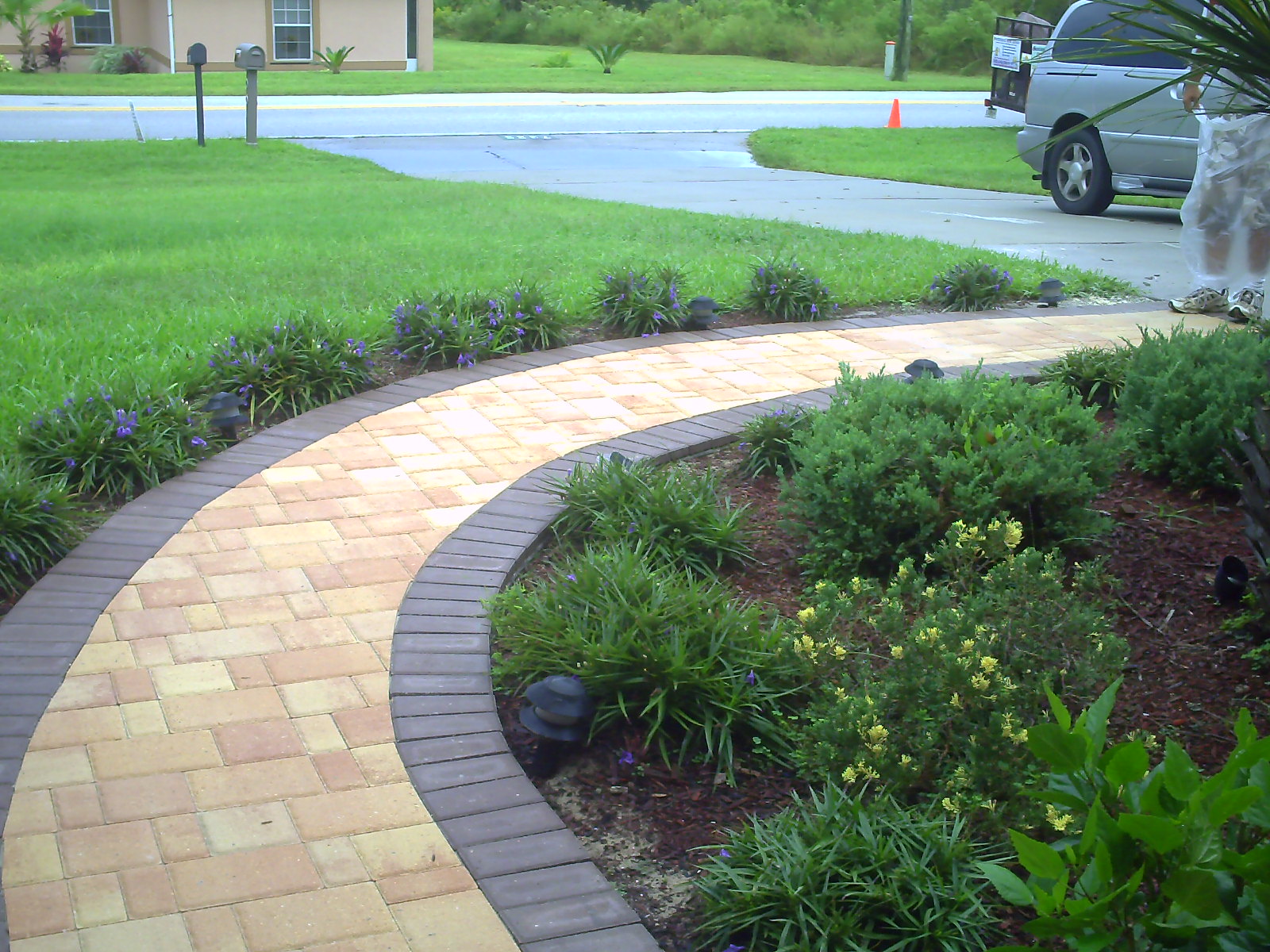 Below Picture!
YUK!!! Man! Does that look Awful! 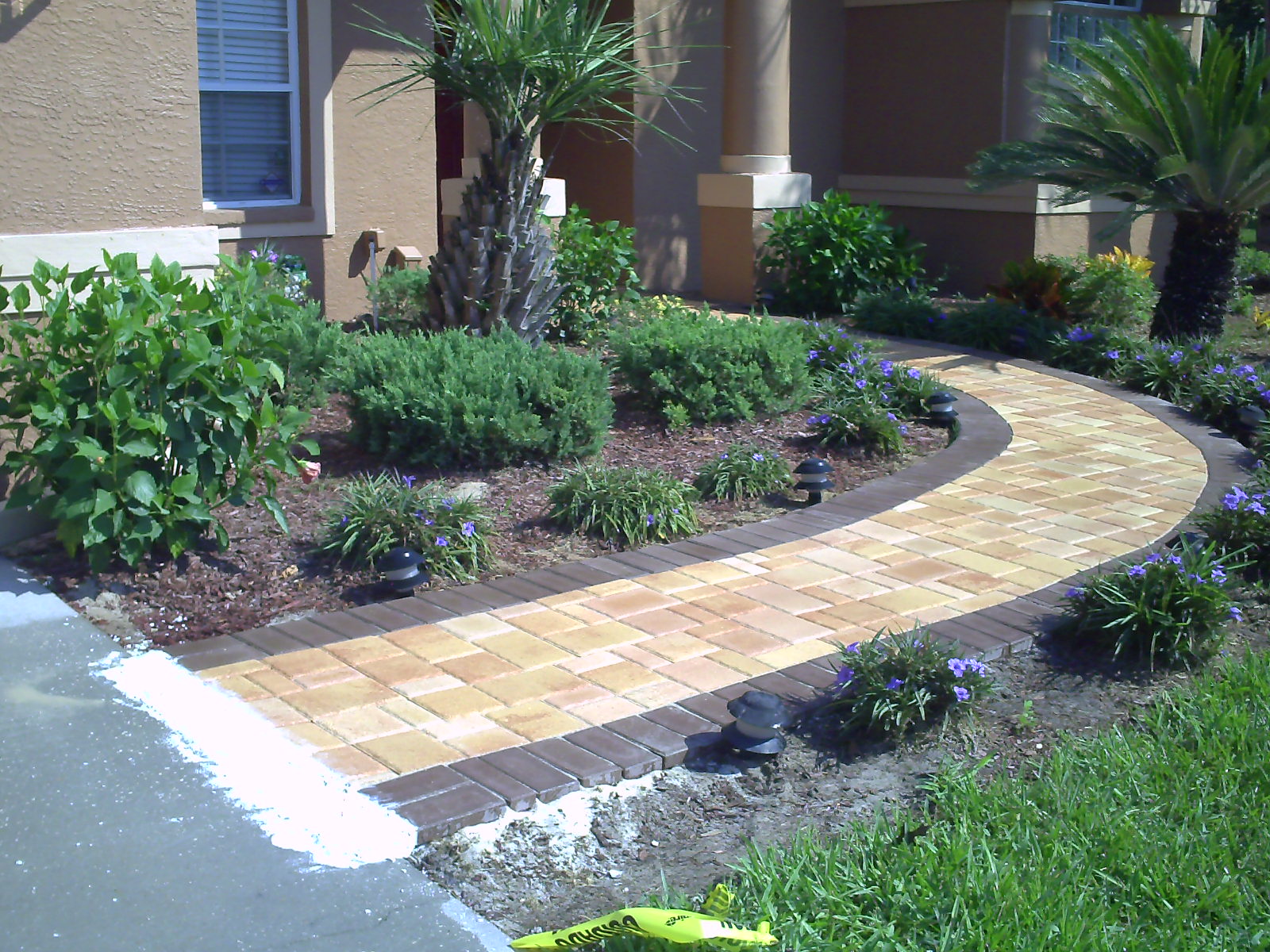