Retired Master Gunnery Sergeant Jaeger. What can I say about this guy!
If he isn't the happiest man on earth, he's damn close to it!
He even SMILES when he threatens to shoot me if I don't do a good job on his driveway!

Maybe not so funny actually,....I think he means it!

On the bright side, he assures me he is a good shot, and it will only hurt for a second!

Seriously folks, Rod and Roma are two of the nicest people you could ever meet! Well, Roma is anyway!

Look at the cracks in the driveway! Pretty typical of most homes in SugarMill Woods, and Citrus Hills too for that matter! 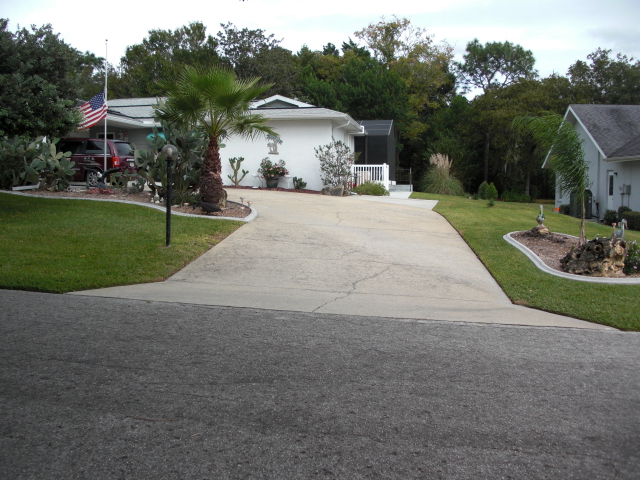 Rod had a couple concrete pads added to the original driveway. One up on the top right of the picture, and one up front by the garage and front door. The pictures don't really do justice to what we had to do here, but apparently the company that poured the pad up top didn't want to move a sprinkler head, so they poured the slab around it.

As you'll see below, we fixed it by moving the sprinkler head and cementing the main driveway to the slab so after it is all pavered, it will look like it was built that way from day one! 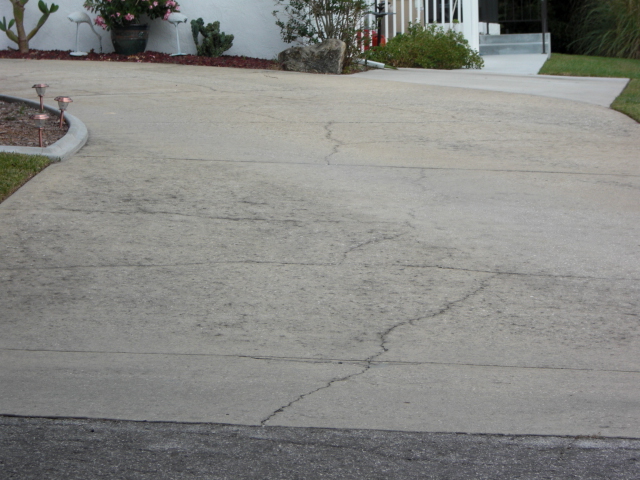 Notice the added on slab up by the house, and on the right side of the picture you'll see the slab added over there. 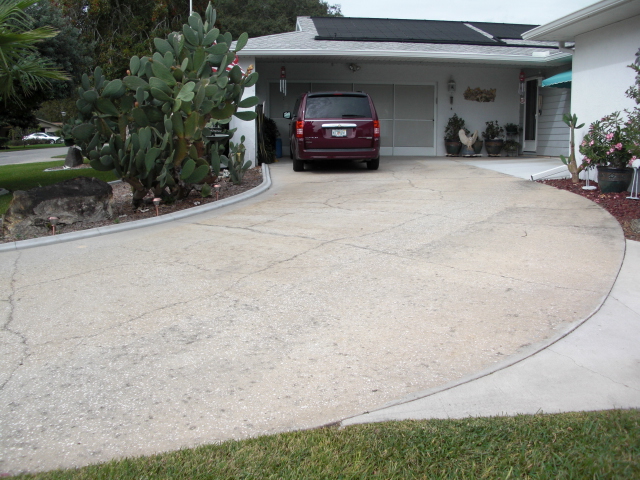 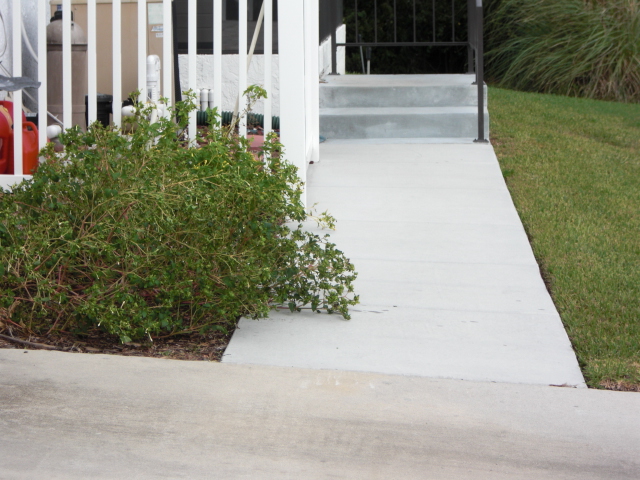 The sidewalk was also added in to the original driveway.
Scroll down to see how we tie all of this together to make it look perfect, and like it was built that way from day one! 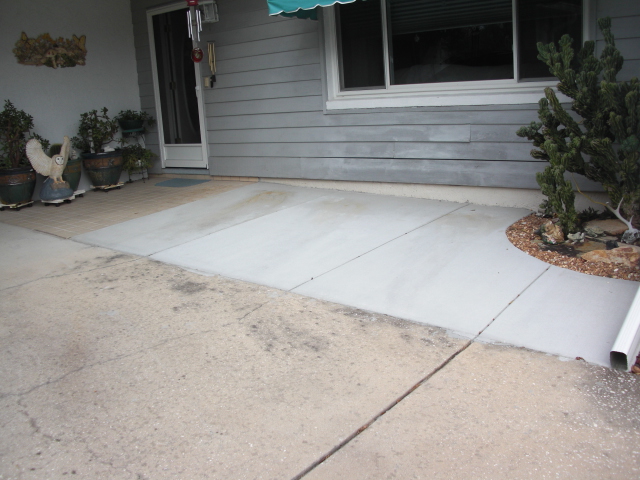 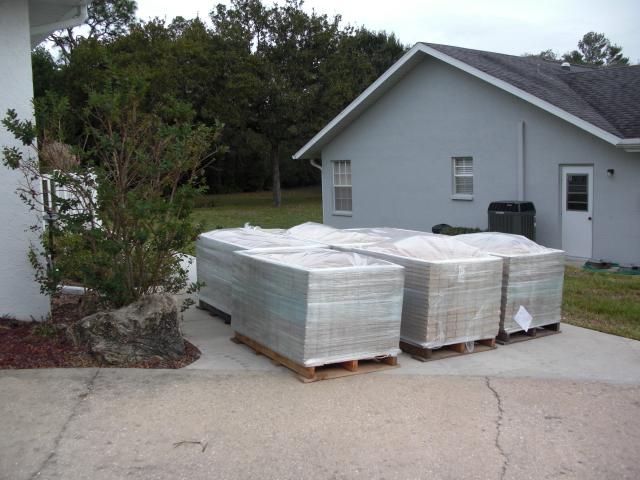 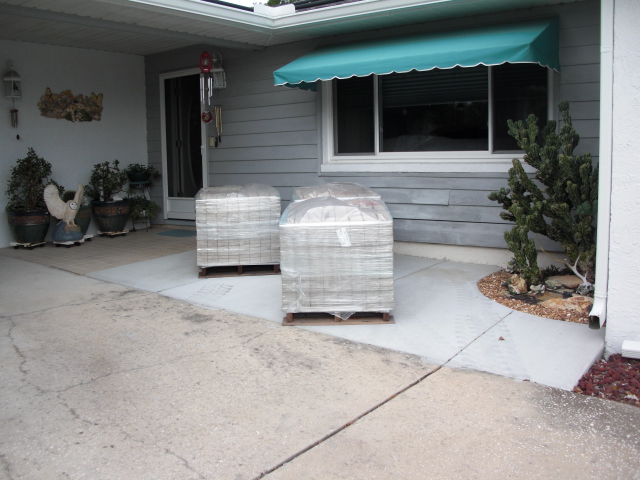 Day one! Getting the lines laid out!

I realize that it looks like we are throwing Dice in this picture below for who's going to lay the bricks, but we are actually trying to balance the cuts on the width of the driveway so it is "Symmetrical" on BOTH sides!

Have you ever seen that television show, MONK?
Unfortunately, I have a bit of that going on inside of me, so everything HAS to be balanced out or it makes me crazy! 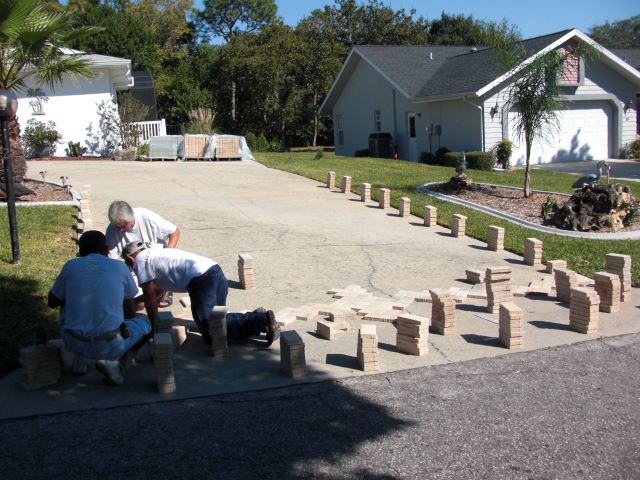 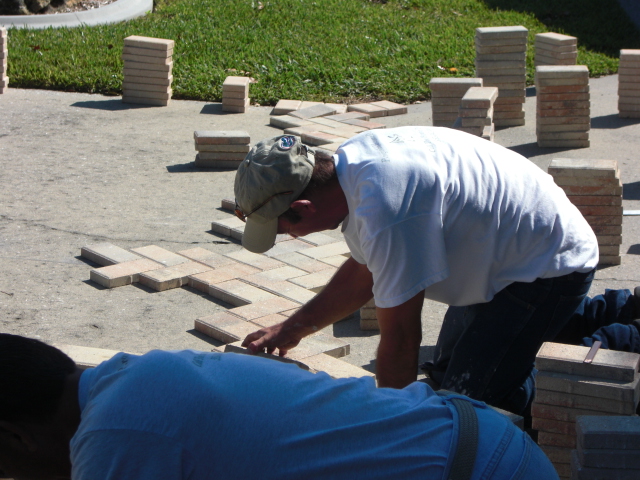 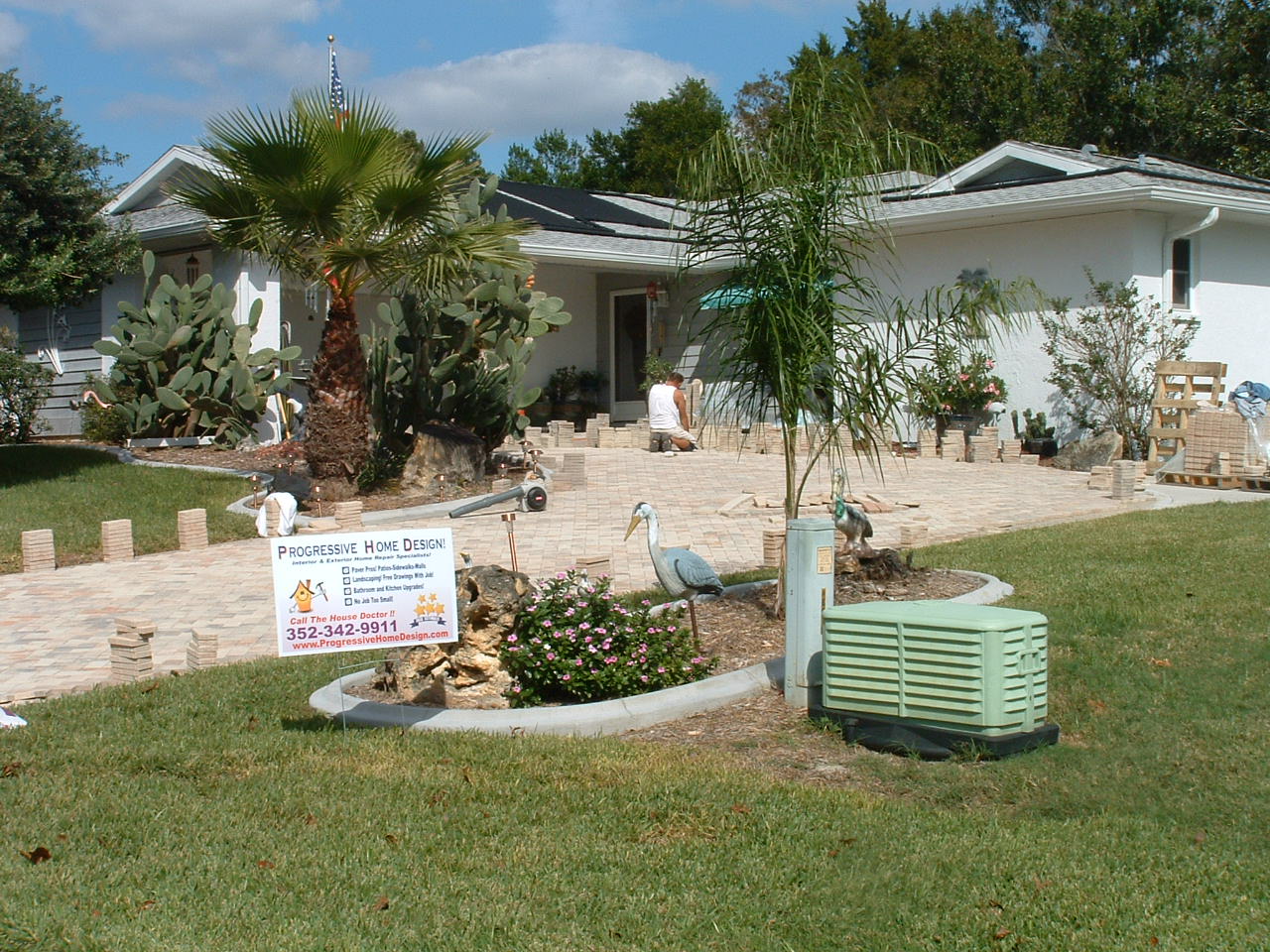 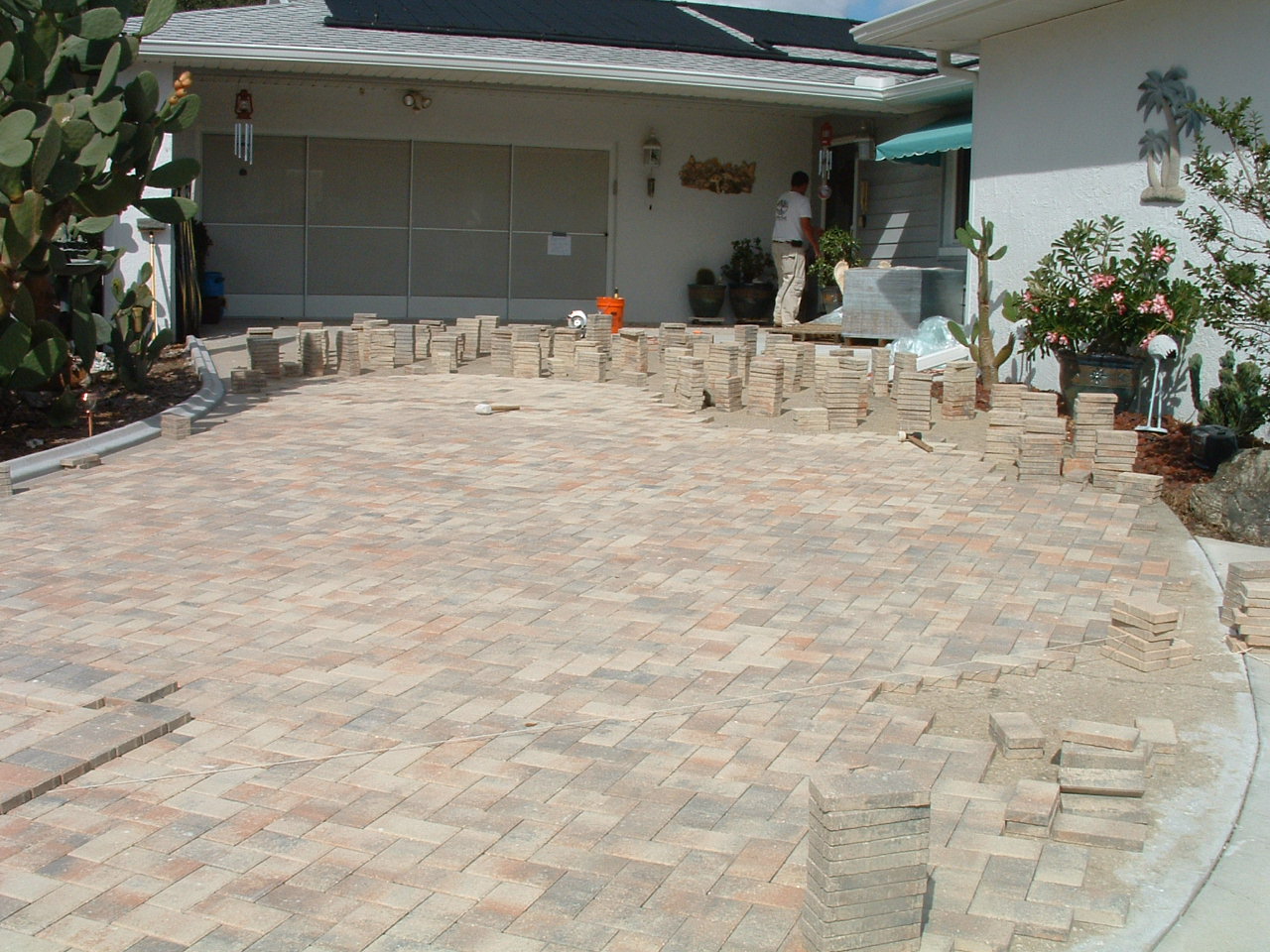 OK, below is the picture of what we did to tie the main driveway into the new slab that was poured.
There was sprinkler head in the middle of that new cement we poured. This may not look like a big deal, but if we don't pour that cement splice in there, then it would look like that back slab was scabbed in. It would look like there was a DIVOT out of the side of driveway.
As you will see on down a ways in this portfolio, it now looks like it is all original now!
Nice job guys! A special thanks to Russ for figuring this one out! 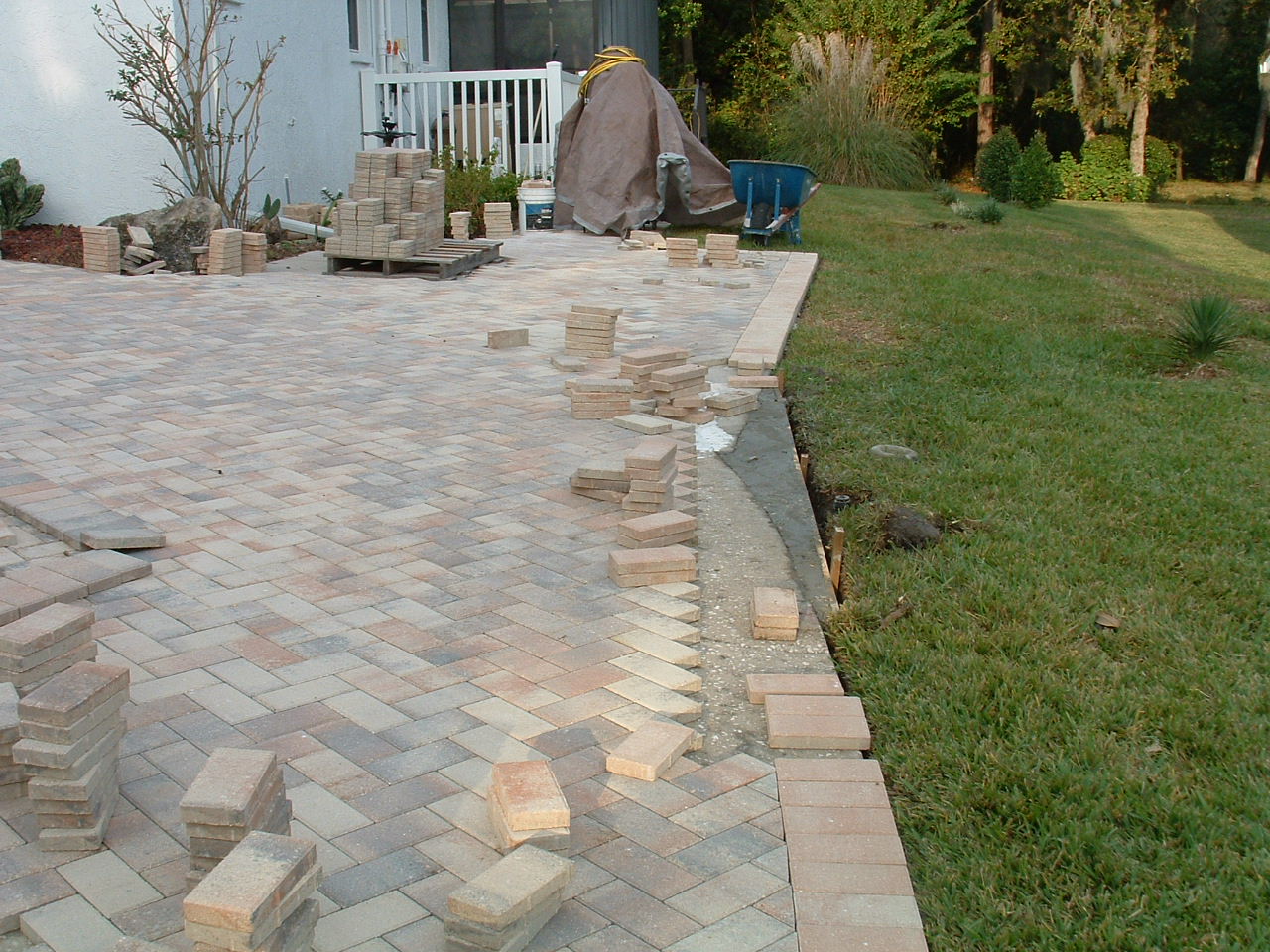 Below you can see how it hooks up without that curvy dip/divot in there!
It was going to be an eye sore, but not anymore! 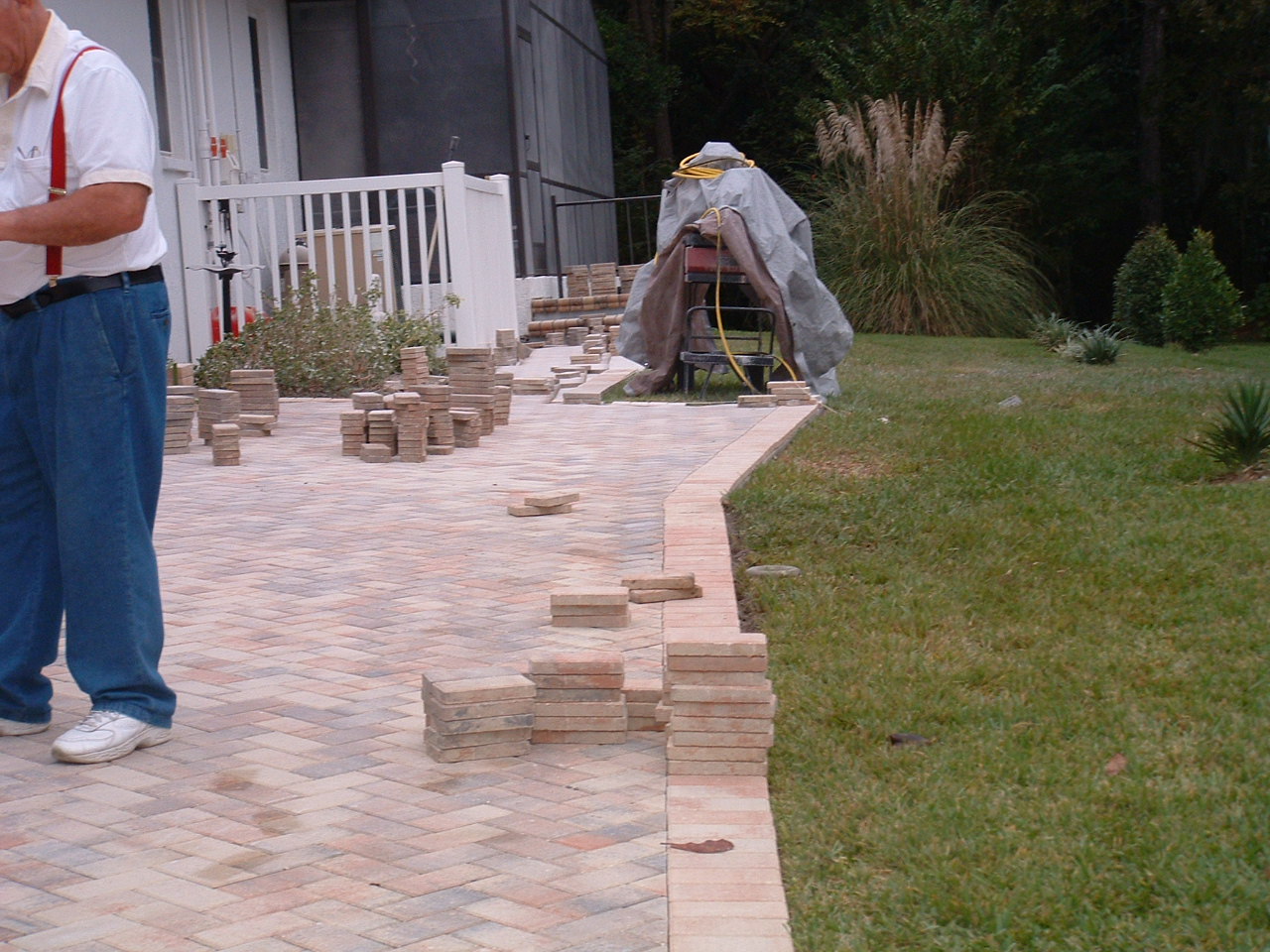 Oh YES! This one is getting a Monogram too!
Have I told you all how much I love a Monogram in a driveway! Have you ever tried to squeeze a few hundred bucks out of a RETIRED MARINE for a Classy Monogram?? 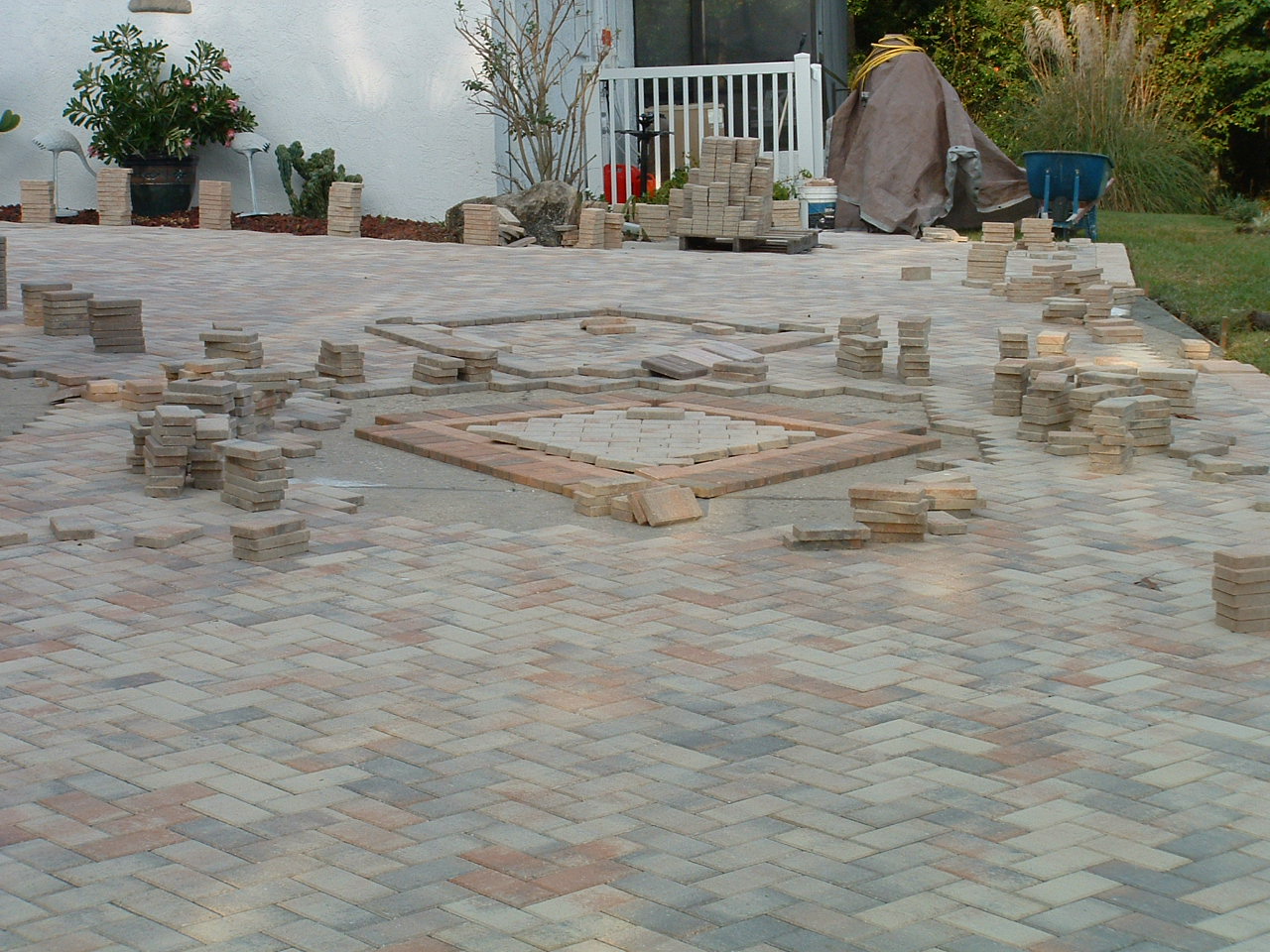 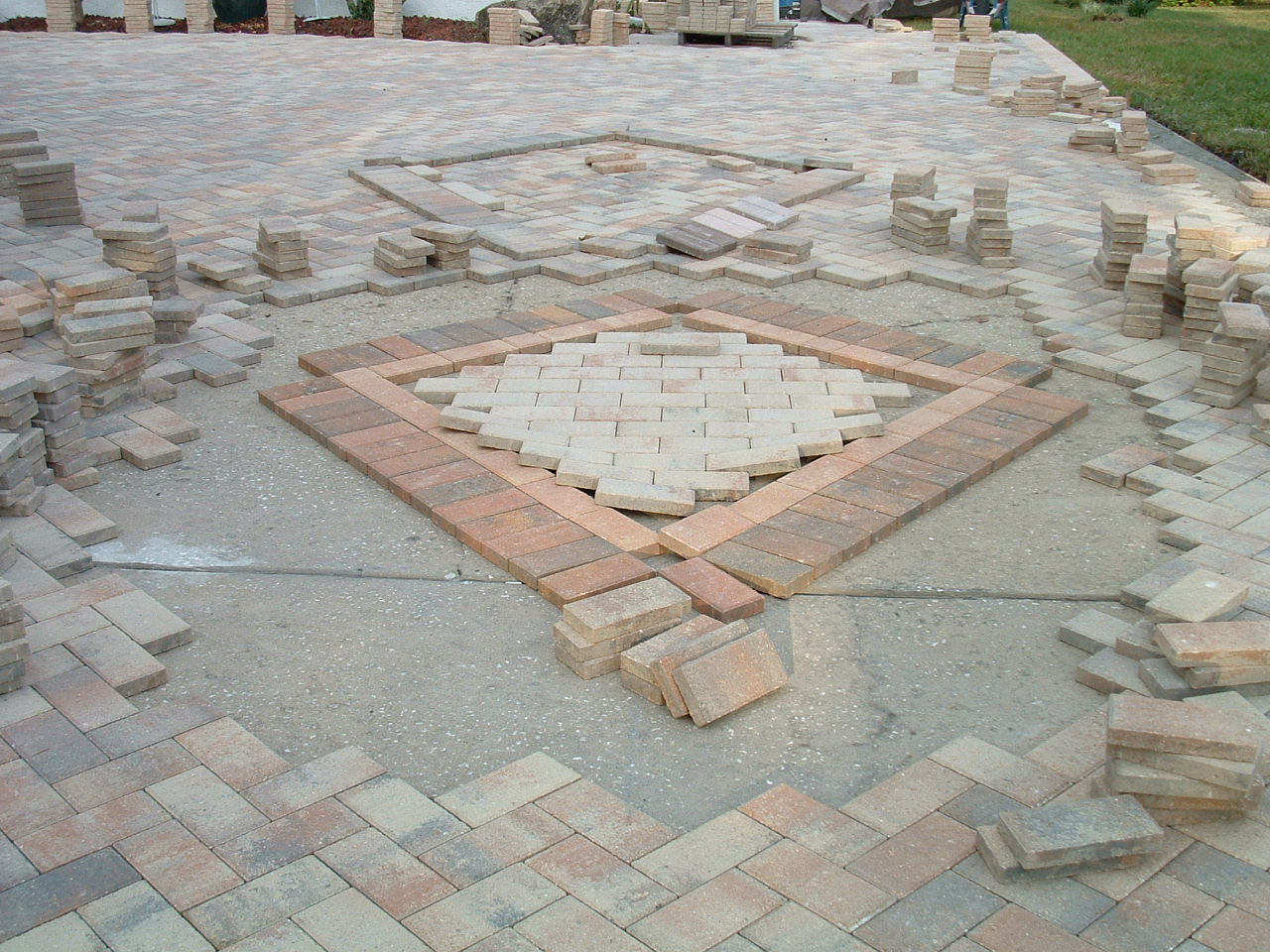 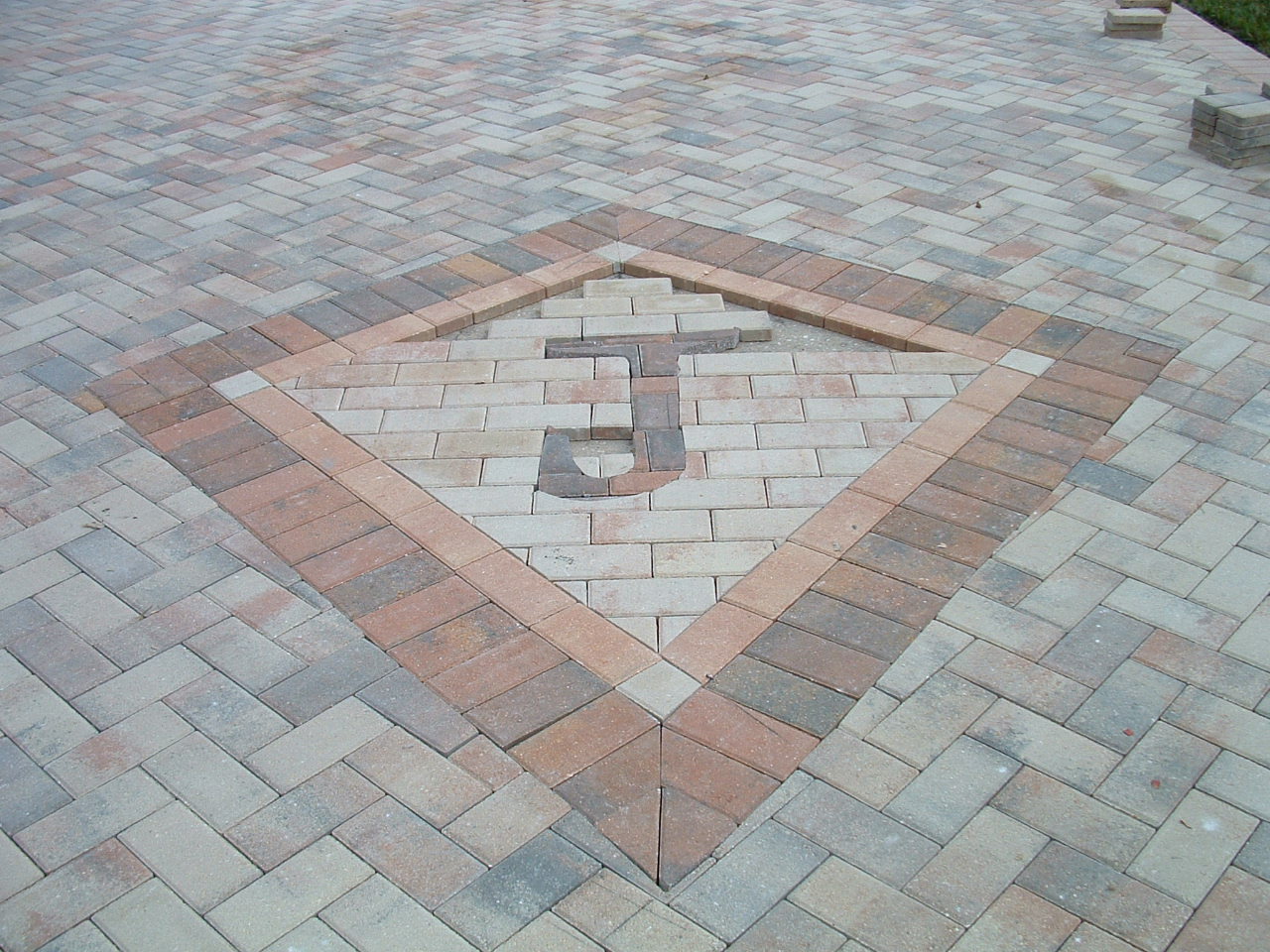 Here's the final of the Jaeger Monogram! 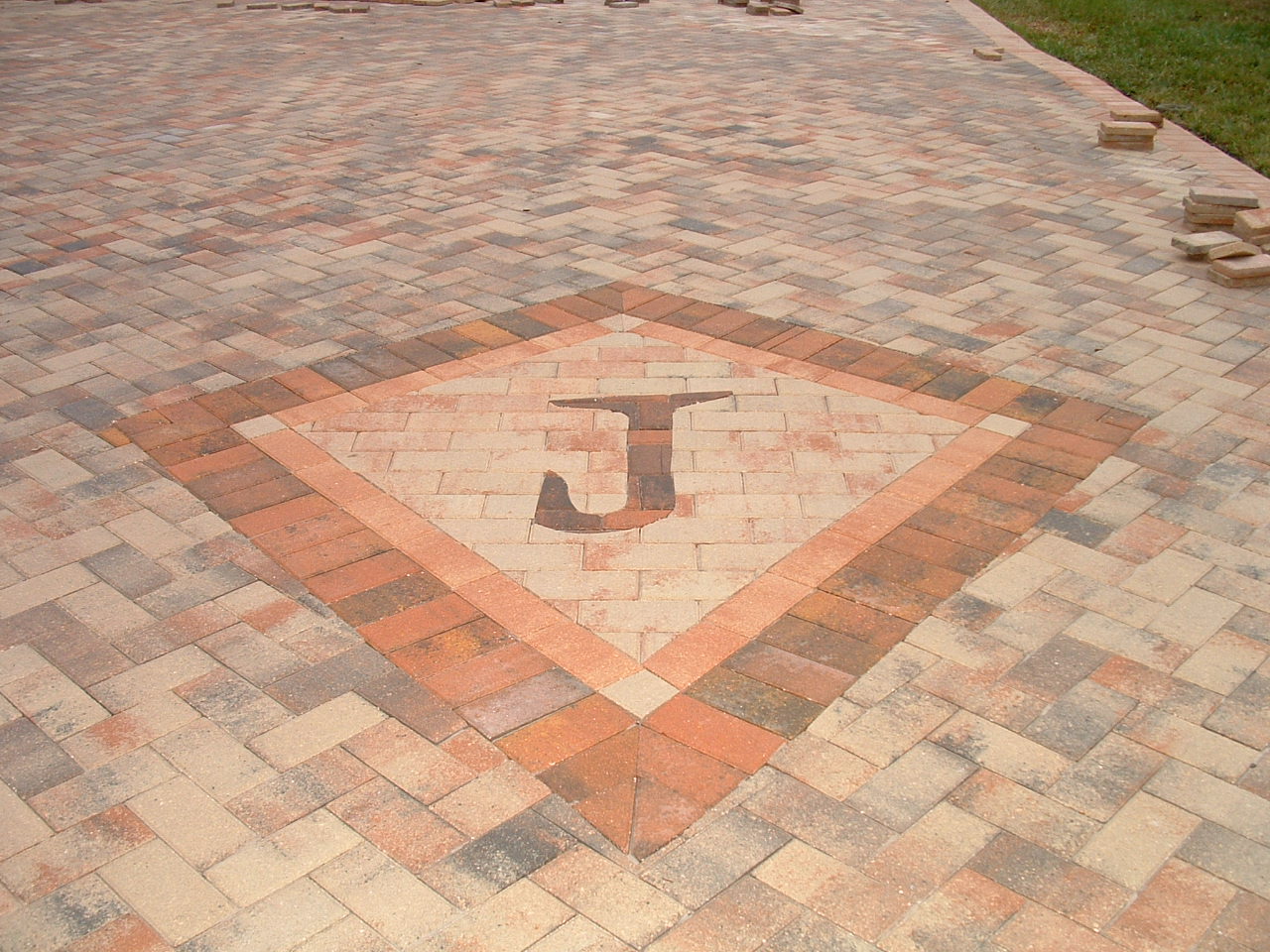 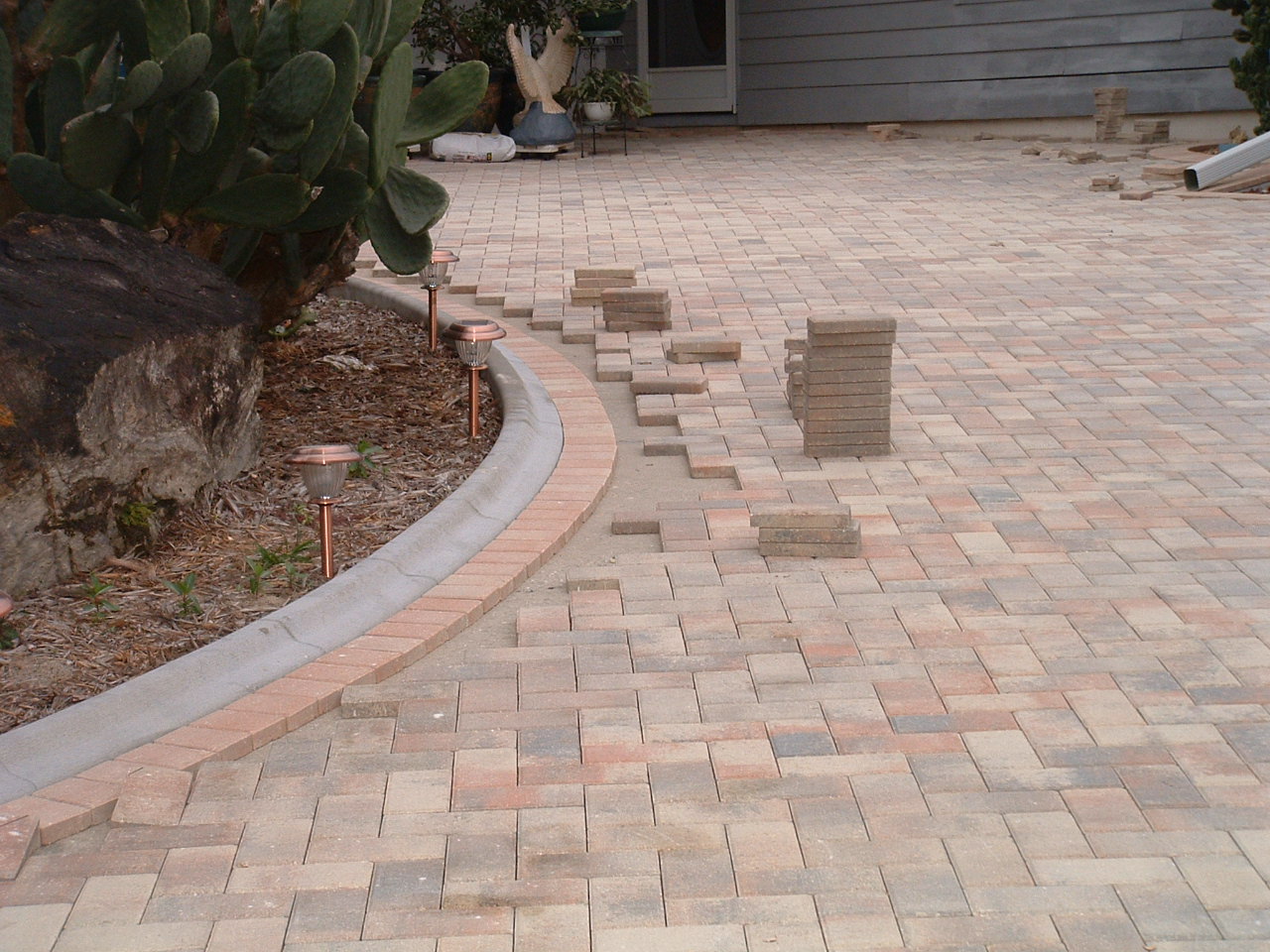 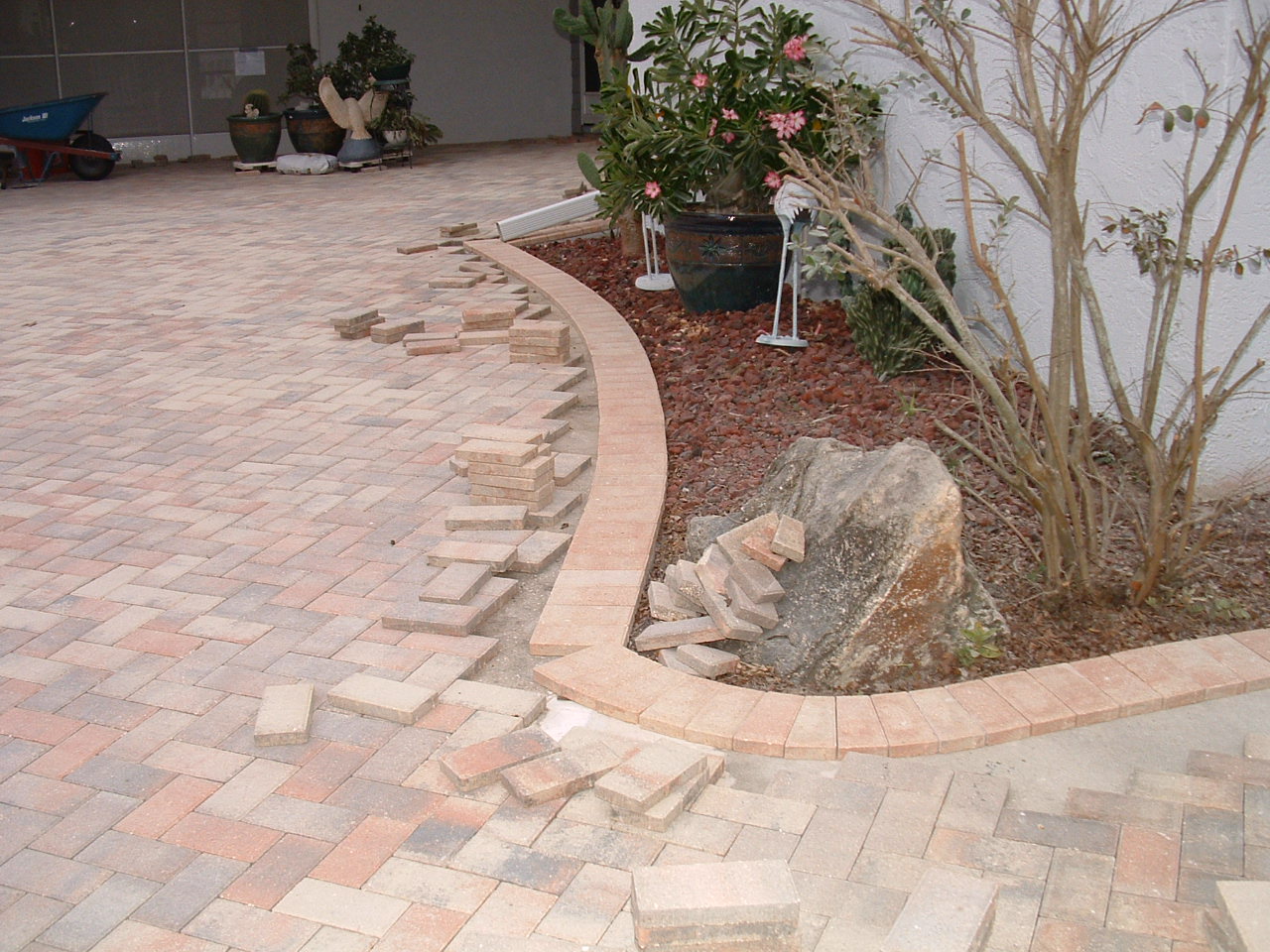 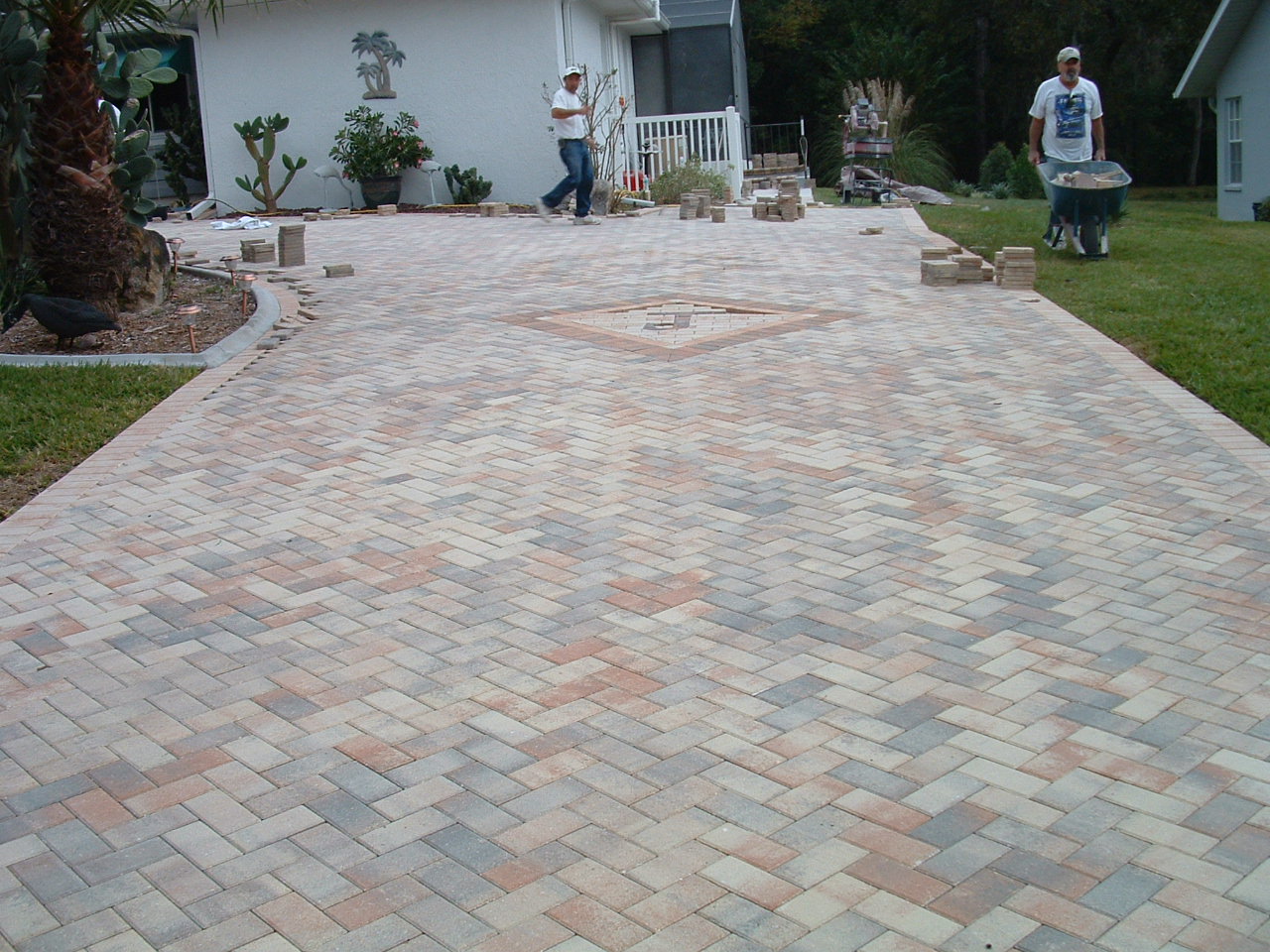